MISSISSAUGA, Ontario – The board of directors of the Canadian Home Furnishings Alliance (CHFA) has elected industry veteran Mark Wiltshire as its new chairman. He succeeds Laine Reynolds, who stepped down at the association’s recent annual general meeting after serving in the post for a record-setting 12 years.

Wiltshire is currently vice president of sales for Palliser Furniture, and is responsible for both upholstery and case goods in Canada, the United States and worldwide. Prior to joining Palliser in November 2015, he held senior executive positions with Italian upholstery specialist Natuzzi; the now defunct Furniture Brands International, leading its Canadian operations; upholstery specialist La-Z-Boy, where he was charged with running its North American retail operations; and, with what is now called Cantrex Nationwide, the non-member owned buying group based in Montreal.

In announcing his election, the CHFA noted he “has an extensive background in the furniture industry both from a manufacturing/wholesale perspective as well as significant retail experience.” 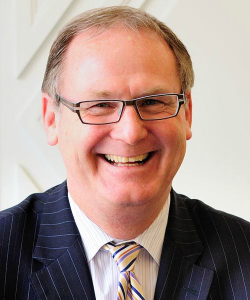 Reacting to his selection, Wiltshire said, “Being in the furniture industry my entire career, I am very honoured to be selected chair of the Canadian Home Furnishings Alliance. Having worked for some of the biggest brands in the industry; domestically, in the U.S.A. and abroad I believe provides me with a keen perspective of the opportunities and challenges before us as an industry here in Canada.

“I look forward to working closely with my friends at the QFMA (Quebec Furniture Manufacturers Association) on matters that affect us all from a national perspective and work towards strengthening our industry overall,” he added.

In addition to Wiltshire, the industry association elected 11 others to its board for 2017 and 2018.

The CHFA was founded in 1890 as the Ontario Furniture Manufacturers Association. Headquartered in the International Centre here, it is a non-profit organisation serving furniture and mattress manufacturers, distributors, retailers, buying groups and suppliers in the Canadian home furnishings industry.