TORONTO – Sears Canada, which remains one of the largest retailers of furniture, mattresses and major appliances in this country, has signalled it may not be able to stay in business much longer after reporting a 15.2% decline in revenue and a deeper net loss for the first quarter of its current fiscal year.

The company attributed the decline in revenues to a significant reduction in catalogues published over last year in response to lower customer demand; to some products being unavailable on the new web site during the period while back-end logistics technology was under development; and, a planned decline in the number of merchandise pick-up locations to reduce costs. 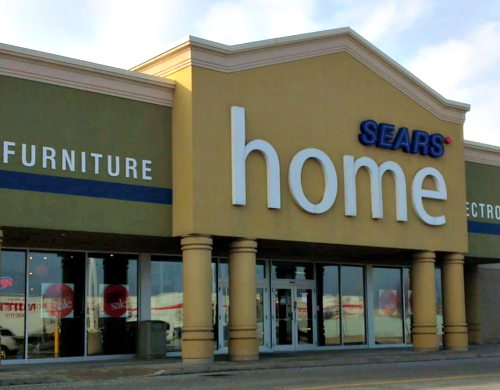 Although it remains Sears Canada’s largest business group, sales by its ‘home and hardlines’ segment – which including furniture, mattresses, major appliances, consumer electronics as well as seasonal durables such as bar-be-ques, lawnmowers and snow blowers – fell 24% to $212.3 million, compared to $279.5 million last year.

The ‘home and hardlines’ segment traditionally accounts for about 40% of the company’s overall business.

For its last fiscal year, the segment generated revenues of about $1.14 billion. That places Sears Canada behind Leon’s Furniture Limited and IKEA Canada when it comes to sales of furniture, mattresses and major appliances but ahead of third ranked BMTC Group.

It is estimated, for example, that Sears Canada holds a market share of about 14% for mattresses – which would place those sales in the $240 million range – and about 20% for appliances.

Senior management said the financial situation raises “significant doubt as to the company’s ability to continue as a going concern.” Some in the business press have been quoting industry insiders saying the Toronto-based Sears Canada could be in court soon to file for a restructuring under insolvency laws.

Financial experts were quoted widely as noting that Sears Canada’s admission comes during a time of mounting difficulties for traditional retailers. Both operating and profit margins are being squeezed in a race to sell goods online. Many of these e-commerce titans are literally stealing their business, forcing these large chains to close stores and reboot their strategies and merchandising directions.

These tides are particularly hard on department stores such as Sears, which are being pushed to downsize their operations, cut stuff and re-invent themselves.

It would also seem the Sears Canada’s furniture, mattress and major appliance rivals could be well positioned to take up the slack if it exits the market. Leon’s recently picked up eight former Sears Home locations and has been reporting solid in recent quarters. Sleep Country Canada is on an aggressive expansion kick and IKEA Canada plans to double in size over the next decade. Not to be outdone, regional players such as Tepperman’s have been upping their game of late.

But the issue remains, will Sears Canada survive? Most are betting it won’t.