MISSISSAUGA, Ontario – Major appliance giant Whirlpool Canada has been named the recipient of the Energy Star Sustained Excellence Award for 2019 by Natural Resources Canada in recognition of its long history of environmental stewardship.

“We proudly continue our commitment to building efficient, high performance products that allow consumers to save money and make a positive impact on the environment,” Gary Power, vice president and general manager for Whirlpool Canada, said in a statement. “We are thrilled to be recognised with the Sustained Excellence award again this year.” 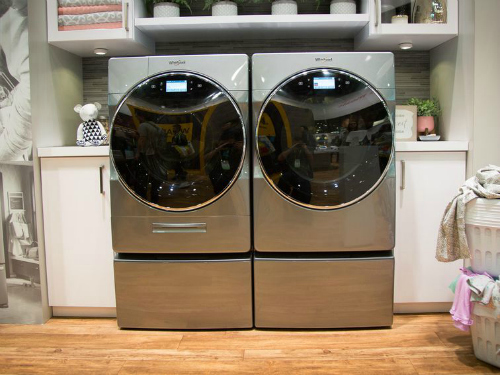 The award recognises an organisation that has maintained or surpassed its Energy Star commitment and accomplishments of the previous years. Whirlpool Canada has received an impressive 14 Energy Star awards, including three for Sustained Excellence, one as Participant of the Year and ten as Manufacturer of the Year.

“Energy efficiency in our homes and buildings helps Canadians save money, creates jobs, reduces pollution and contributes to our clean energy future,” added Amarjeet Sohi, Minister of Natural Resources. “I congratulate Whirlpool Canada for their ongoing leadership in improving energy efficiency in Canada.”

In 2018, Whirlpool Canada sold more than a half million Energy Star certified appliances and celebrated the following accomplishments in the realm of environmental stewardship:

Whirlpool Canada is part of the publicly held, U.S.-based Whirlpool Corporation, the world’s largest major home appliance manufacturer. Its annual sales are approximately US$21 billion, and its employs some 92,000 people and operates 65 manufacturing and technology research centers. In Canada, the company markets the Whirlpool, KitchenAid, Maytag, Jenn-Air, Amana and Inglis brands.