WASHINGTON, D.C. – Wayfair appears poised to up its e-commerce game in the Canadian market, signing a seven-year lease on a new warehouse and distribution centre in Mississauga, according to a report from CoStar, a research and consulting firm based here that specialises in commercial and institutional real estate.

It reports Panattoni Development of Newport Beach, California has inked a deal with the operator of Wayfair.ca for a 770,000 square foot facility at its industrial complex at 2020 Logistics Dr. in the Toronto suburb. CoStar said it marks the second largest industrial/flex deal of the year and the biggest in the e-commerce space in 2017.

“They’ve been doing business here but shipping stuff up from New Jersey. This is their first facility on the ground here,” Gregory Loffree of Cushman & Wakefield, a commercial real estate services company based in Toronto – who represented represented Wayfair – told CoStar. “If you want to be here and deliver the service cost-effectively, you either reduce your delivery or costs or both (by securing a local tenancy).”

The report also noted Panattoni began construction on the property in March 2017 and wrapped up development on the project earlier this month. 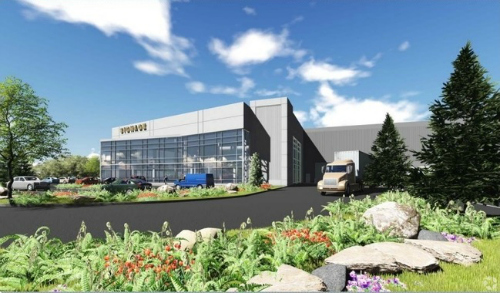 Wayfair went online with its Canadian web site in January 2016. The Boston-based home goods retailer said its international segment – which includes Canada, the United Kingdom and Germany – had sales of US$376.1 million for the first nine months of 2017, which is 11.4% of total revenue totalling US$3.28 billion. It doesn’t break down sales by country and reliable estimates of its Canadian business aren’t available.

Wayfair officials did not make any comments to CoStar on the deal or what it means for its Canadian operations. “We do not comment on any real estate transactions,” it quoted a Wayfair spokesperson as saying by e-mail.

However, Bruce Winder, a partner in Toronto-based consultancy Retail Advisers Network, told CoStar companies like Wayfair need to up their game on the ground in Canada if they want to compete in the e-commerce space and that means having distribution in this country.

“Let's face it. You can't ship across borders and meet customer expectations,” Winder said “If you want to be serious in the home delivery and online game, you have to have shipping to your customers within a very short period of time, and that is literally changing every season. If you look at Amazon, they are experimenting with one or two-hour delivery through Prime.”

CoStar believes Amazon, which already has an estimated 2.5 million of warehouse space in the Greater Toronto Area, is looking for more.

Earlier this year, One Click Retail, a Utah-based consultant, said Amazon sales of furniture and mattresses were estimated at US$27 million (roughly C$35 million) for the period from January to July 2017 and noted they could reach C$50 million this year. Its report suggested Wayfair’s Canadian sales were higher.

Winder also noted if Wayfair truly wants to be successful in this country, it will need more than just one distribution centre in Mississauga. “Really, if you want to serve Canada you probably need a Western facility too,” he said.