He succeeds Simon Harris, who was recently appointed associate director of event operations for the Palais des congrès de Montréal, one of this city’s largest event venues.

“Tony believes strongly in the face-to-face experience and he is a tremendous addition to the Canadian Furniture Show team,” QFMA president and chief executive officer Pierre Richard said in making the announcement. 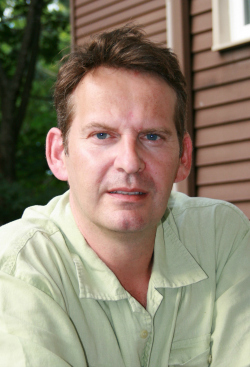 Prior to joining CFS, he was head of client success for Greencopper, a Montreal-based event technology company. Melis also held senior management positions at Sponsorium and Key7Events International after serving for a number of years as vice president of business development for Showcare Event Solutions and director of global accounts for Laser Registration (now part of Showcare).

Fluent in four languages, he is also a graduate of the John Molson School of Business at Montreal’s Concordia University.

“The golden thread in my career has always been live events – from trade shows to conferences, sponsorship activations and live concerts,” Melis told Home Goods Online. “It has always been about optimising the face-to-face experience by understanding and balancing of the needs of stakeholders (organisers, sponsors, exhibitors and attendees) and gaining a deep understanding of how decisions made during the planning stages of an event can impact the event experience for everyone involved.”

He also noted there have been enormous changes in the events industry over the past 20 years. “Instead of looking only at ROI (return on investment), I’ve become a big fan of looking at ROO (return on objectives),” he explained. “Times have changed, and today’s business environment is too complex to have just one reason to exhibit. There is more than one reason to attend an event (such as CFS) and each reason should have an objective that is measurable and weighted for its importance.

“The market has told us the Canadian Furniture Show is important to the industry,” he continued, “It is the only event of its kind that brings together all stakeholders in the industry from coast-to-coast. My role is to ensure we continue to optimize the face-to-face experience and balance the needs of all stakeholders.”

He also acknowledges his learning survey will be steep, as he faces organising two events in the space of eight months – the first this coming May and the second when CFS moves to its new January timeslot.

“His wealth of experience drawn from more than 20 years in the trade show industry, both at the national and international level, will greatly contribute to the on-going evolution and success of the show,” Richard said. “I am convinced that exhibitors have already realised Tony is personable and approachable while being organised and business driven at the same time.”

The 2019 edition of the Canadian Furniture Show will be held at the International Centre in Mississauga, Ontario from 24 to 26 May.