MONTREAL – The Tiger Capital Group has been retained by the monitor to manage the going-out-of-business sale of Maison Ethier, the furniture, mattress and appliance retailer which sought court-ordered protection under the Company’s Creditors Arrangement Act (CCAA) in early June. The sale began last Friday (05 July).

In a statement, the Boston, Massachusetts-headquartered financial services organisation said its Toronto office will conduct the sale of some $25 million in inventory at both Maison Ethier stores in the Montreal suburbs of Saint-Basile-le-Grand and Saint-Jean-sur-Richelieu. 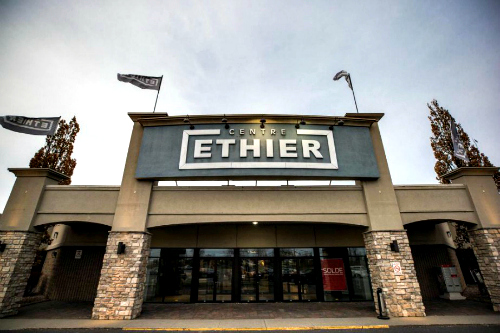 The court-appointed monitor Stéphane De Broux a partner in the Montréal office of KPMG Canada said Tiger will also assist the retailer in fulfilling customer orders. “Tiger's financial resources, as well as its deep connections within the home furnishings industry, will enable Maison Ethier to begin fulfilling depositors’ orders straightaway,” he said. “It is excellent news.”

Mark Bannon, director of furniture solutions at Tiger Capital Group, noted disruption from the e-commerce players is taking its toll on furniture retailers. “E-commerce, generational change and the continued expansion of mass-market discount chains pose competitive pressures across North America,” he said. “At Tiger, we are seeing this everyday and are working hard to help both healthy and distressed retailers adapt to the changes.”

According top documents filed by KPMG, Maison Éthier owes about $23.2 million to both the trade and others. This includes some $5.7 million to Business Development Bank of Canada (BDC) and $8.3 million to the Caisse Desjardins du Haut-Richelieu. Company founders Michel and Serge Éthier are listed among the creditors at $1 million each.

Its largest trade creditors were appliance giants Whirlpool Canada and LG Canada, who were owed $434,000 and $243,000 respectively. Value-added goods and service provider Comerco was listed at $100,000.

Reports in the French-language media in Montreal placed Maison Éthier’s annual revenues at approximately $30 million. The company employed some 91 people.

“This going-out-of-business sale presents an unprecedented opportunity for Montrealers,” Bannon said, adding, “Over 120 of the best-known brands in furniture, mattresses, appliances, rugs and outdoor living will be offered at liquidation discounts.”

The court has also authorised the addition of millions of dollars of new, special-purchased items offered at liquidation discounts, Bannon noted. “This is very high-quality merchandise – a full allotment of living room, bedroom, dining room, occasional, accent, motion and leather furniture, along with mattresses and rugs,” he said.

All items available for purchase at both stores will be available for immediate pickup or delivery. “There are no waits or special orders whatsoever during these sales,” Bannon said. “Everything in Maison Éthier's massive, well-appointed showrooms must be sold.”