Home / Article: The Forecast: the experts weigh in

The Forecast: the experts weigh in

Everyone agrees the COVID-19 pandemic is a unique event. Most also agree it will have a profound effect on the future of our society. Some of the most significant changes will be economic, starting with an evolution in the nature of work and places of work. It will change how consumers buy everything – from cars and homes to groceries and other everyday items. It will influence not only how she buys furniture, mattresses and major appliances but how much she buys as well.

The role of the home will become more significant in the economic life of the country. For the last several decades, futurists have forecast the rising importance of telecommuting. But the pandemic has hastened this process as shelter-in-place orders were given by health authorities across much of North America. Indeed, many large corporate concerns have said they are reluctant to force employees back to the office having discovered their working from home hasn’t resulted in any significant loss of productivity or efficiency. This development could provide highly beneficial to furniture retailers, many of whom have reported upticks in sales of home office furniture in recent months.

“We may see people doing much more tele-work,” says Pedro Antunes, chief economist of the Conference Board of Canada, a private think tank based in Ottawa and publisher the Index of Consumer Confidence. 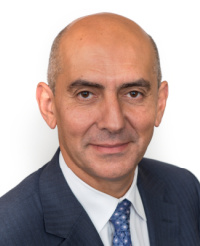 In a recent telephone interview with Home Goods Online, Antunes was remarkably upbeat about the long-term prospects for the Canadian economy although he acknowledged the short-term impact of the measures employed to combat the pandemic have been severe in the extreme. He also admits the critical unknown factor is time – there is no way to predict accurately how long the recovery will take as it is likely to hinge on the severity of the second wave and when a viable vaccine is ready for distribution. No one is expecting the latter until sometime mid-year 2021 or later.

“How long the recovery takes depends on two important assumptions,” he said. “The first is how long it’ll be before there’s a vaccine, which will take at least a year and how long it will be before enough people are immunised.

“The other critical piece is we need to support business more fully,” he continued, adding businesses do not seem to be taking full advantage of either the Canadian Emergency Wage Subsidy (CEWS) or the Canada Emergency Commercial Rent Assistance (CECRA).

“But for the recovery to become firmly entrenched, companies will need access to workers as capacity ramps up,” Antunes recently wrote in the Globe & Mail. If for no other reason, he encourages all businesses, particularly small to medium-sized enterprises such as furniture, mattress and major appliance retailers to apply for the subsidy because for the recovery to take hold, full employment is needed.

While he said the Canada Emergency Response Benefit (CERB) staved off disaster, he does not see it as an effective long-term measure, noting it’s equivalent to an hourly wage of slightly less than $15 for a 33-hour work week and well above the minimum wage in most Canadian jurisdictions. That means it has the potential of acting as a disincentive to re-entering the labour force.

Antunes also observed while Canadians needs to shift back from the CERB to employment, the program produced a positive benefit few anticipated when it was introduced by the federal government in late March.

“We are going to see a savings rate increase…the savings rate has gone very high,” he told HGO. In turn, this has fuelled considerable pent-up demand, which will have to be satisfied as the re-opening of previously shuttered brick-and-mortar stores continues across the country.

Consumer confidence has also taken a hit in recent weeks but Antunes is confident the trend will reverse itself as employment returns to pre-pandemic levels.

The other thing Antunes believes is working in favour of the recovery is interest rates – which continue to be low. The Bank of Canada has shown little desire to move them upwards, which will bolster confidence and give the consumer room to spend the employment picture improves over the coming 18 months or so.

A retail consultant’s view
Like the Conference Board’s Pedro Antunes, Bruce Winder, the Toronto-based retail analyst and author of a new book called Retail Before, During & After COVID-19 (which is now available on Amazon), is also more upbeat about life after the pandemic than would be expected. While he too acknowledges the weeks and months ahead will be difficult, at the very least, retailers who do not panic should be able to smart their way through the crisis.

He acknowledges independent furniture, mattress and appliance (FMA) retailers may more exposed to the ravages of the new economy that emerges as the crisis subsides, noting they often have less leverage with landlords, suppliers, lenders and other creditors so they are often less able to negotiate relief. 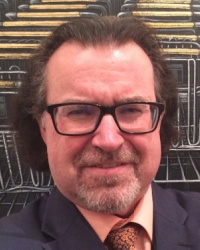 “Because their volume is lower than large chains that buy in large quantities their pricing and terms from suppliers are less favourable,” Winder points out, adding, “many independents have weaker balance sheets and have a harder time getting reasonable financing. Finally, as consumers worry about finances, they may shop for the lowest price which may be found at large chains. These forces add up to make it tougher on these retailers versus the chains.”

He also notes not all Canadian consumers are fragile economically as “their outlook varies by socio-economic stratum. That is, wealthy consumers have felt far less economic uncertainty than lower income consumers who have been laid off or have had their hours reduced.”

Those in low wage jobs have been the hardest hit – think those working in the retail, hospitality and tourism sectors – and have the most uncertain job prospects as the economy re-opens. Winder says this means retailers have an even greater imperative to be understand who the target customer really is and what she wants and needs – particularly if the customer works in the lower wage strata.

“In addition, some consumers do not and will not feel comfortable shopping at a brick and mortar retail store until a vaccine is discovered,” he continued, pointing out in-store traffic and sales volumes will be challenged as social distancing protocols limit how ma shoppers can enter a store at any given time.

Like Antunes, he also sees an uptick in working from home in the past-pandemic period and he also notes the factors influencing the consumer’s buying decisions will evolve somewhat. These factors will include variable such as current disposable income; potential disposable income; job certainty; the inflation or deflation of prices; and, interest rates, which he agrees will remain low for the foreseeable future.

Retail promotions will also have a role, as Winder points out that “in recessionary times, sometimes consumers opt for lower price point products with less features to save cost.”

Offsetting this will be an increase in the savings rate, which is being driven by job and income uncertainty.

He also believes FMA retailers will face challenges not shared by other merchants as the consumer will still, for the most part, what to see the sofa, mattress or other piece of furniture she’s wants in store before she buys. She will also want to ask staff about the product, even sit or lie down on it. “With store traffic being metered and regulated, the purchase process will take longer and require a greater investment,” Winder said. “In addition, consumers may fear that independent FMA stores may go bankrupt and void warrantees which could lead them to take their business to the large chains.”

There are strategies the FMA retailer – especially the independent – can employ to bolster his operation’s competitive position in the post-pandemic period.

Winder recommends independent retailers ensure they can sell online through Shopify or some other e-commerce provider. He also recommends investing in personal protective equipment, staff training and proper signage to make the in-store experience as safe and easy as possible. “Use virtual and in-store pre-set appointments to limit crowding and increase comfort for customers,” he suggests. “Consider using augmented reality apps to allow customers to visualize their FMA product in their home. Create a community connection to differentiate from online retailers and big boxes.”

He also believes in the power of value-added services such as home delivery and set-up or installation (for a modest fee) while disposing of the product her purchase is replacing. Retailers also need to sell extended warranties and offer price-matching guarantees. “And be sure to offer exceptional customer service while renegotiating rent and terms with suppliers to help with cash flow.”

Editor’s Note: Bruce Winder’s book Retail Before, During & After COVID-19 is available on Amazon for $9.99 with 5% of the proceeds being donated to mental health programs across the country.

Click Here to read the rest of HOO’s post-pandemic

forecast in the current issue of The Merchandiser….