The Forecast: a retail perspective

It’s a given, the pandemic has done a lot of economic damage to every Canadian furniture, mattress and major appliance retailer – both large and small – over the recent weeks and months. At the same time, it is also changing every facet of the business. What’s more, they will be felt for years to come while others have yet to be discovered. The pandemic is not only influencing how and what the consumer buys, but how retailers operate their physical space, merchandise their product assortment and serve the customer.

In many ways, the pandemic has accelerated changes the industry has been long expecting. Among the more notable is a heightened adoption of digital technology, ranging from more intensive use of platforms such as Instagram to show off product trends; to signing on to third party apps such a Flipp, which publishes flyers electronically; and, to a greater appreciation for the shopping cart, an often underused feature of most FMA retail web sites. 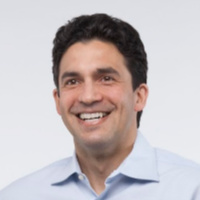 Andrew Tepperman, president of Tepperman’s, was pleasantly surprised by how much new business the shopping cart generated for his operation, which has six stores spread across south-western Ontario. Noting his shopping cart exceeded expectations, he told Home Goods Online “we’ve been selling on-line for over a year, so we had the process in place, but we didn’t anticipate the volume.”

In the two weeks immediately following the shutdown (ending April 1), the Montreal-based consulting firm Absolunet reported e-commerce sales of furniture and home décor jumped 232% year-over-year while sales of appliances and electronics climbed a rocket-fueled 345%. Unfortunately, dollar figures weren’t provided, and the report hasn’t been updated in the weeks since it was posted. In the five years ending 2018, Statistics Canada pegged e-commerce at roughly 2% of annual sales for the typical FMA retailer. Several retail analysts have opined it’s jumped to about 8% during the shutdown, which lasted through the month of June in most regions of the country.

Many furniture retailers reported having similar experiences, including Natalie Papia, president of the single-unit Zilli Home Interiors, which can be found in the northern reaches of Toronto. “Online sales have increased exponentially!” she enthused, adding the shopping cart has “been a huge tool in helping us generate sales.” 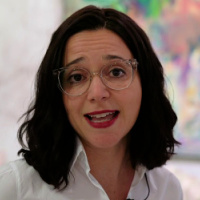 This wasn’t always the case. “Before March 15th, we had an online shopping cart with most of our product selections,” she explained, “however, the site was used mostly for educational purposes and as a reference for customers and prepare them for their visit into the store. Although we hoped we would get online sales, it happened very seldom. Since March 15th, we have added photographs of our many floor models, in the fabrics or combinations as we display them, and featured them at a discount. This tool has been great so all sales staff, and customers, know what is available and have resulted in numerous online and telephone sales.”

As stores were permitted to slowly re-opened across the country, retailers found themselves adapting to new government-imposed guidelines about how consumers were supposed to enter and move through their brick-and-mortar stores – designed to prevent spread of COVID-19 and stimulate economic recovery. For the first time, many store owners are experimenting with appointments while almost every retailer in the country cleaned and shined their physical spaces.

Most introduced intensified cleaning regimes into their stores, adding hand sanitizing stations and securing personal protection equipment (PPE) for their teams, limiting the number of consumers who can the floor at any one time.

Noting it would “take me five pages to explain,” Andrew Tepperman said that in his stores, “a high level of safety and cleaning plans were prioritized…more sanitizer, PPE, signage – everything you’re reading about is what we’re doing. We also used the downtime to repaint, freshen up and improve the merchandising in the stores. Never let a crisis go to waste as they say.”

Natalie Papia shared a similar experience. “We are so excited to reopen our doors and have done so much to prepare: followed Ontario government workplace measures for a safe workplace which include sanitizer stations, floor decals to show six-foot distance, masks and gloves for staff and customers, curbside pick-up, delivery to the front door, contactless payment options (e-transfer or pay over the phone), signage with all our measures,” she explains. “And, most importantly, have had our visual display person and cleaning person get the store visually beautiful and sparkly clean.”

Staff reductions announced when government-ordered store closures began in mid-March are slowly being reversed. Most retailers surveyed for this report indicated they are bringing back team members as conditions allow and picks up. It’s no easy task when one considers payroll costs for the entire FMA retailing community are estimated at about $4.6 billion annually.