Home / Article: The Factory for sale?

The Factory for sale?

HIGH POINT, North Carolina – According to a leading trade publication, the Bermex Group is in the process of selling its showroom facility here, although it has no plans to vacate the space, which is located at 400 W. English Road here.

According to Furniture Today, the Earl and Kathy Congdon Foundation is looking to buy The Factory – as the facility is known – as part of a plan to create a new events centre that will also include another nearby furniture showroom building called Plant Seven. 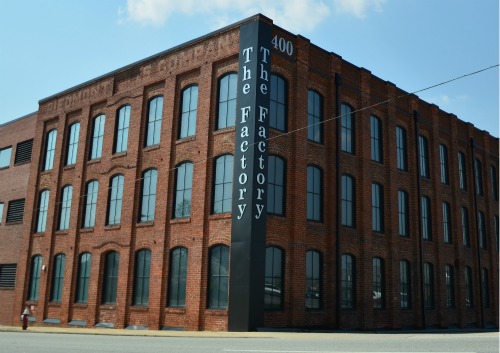 The Congdon family purchased the Plant Seven facility – also known as Union Square – about a year ago and is under contract to buy The Factory once a due diligence period has expired at the end of June. A new 25,000 square foot facility will be constructed to connect these buildings and form the Congdon Events Center, a multi-use facility that could be used for meetings, expositions and other business-related events.

The Maskinongé, Quebec based Bermex Group (BDM) acquired the building in 2011 and unveiled the showrooms at the High Point Market in April 2012. Currently all of its major brands – including Bermex, Bertanie, Dinec, Midi and Shermag – occupy the 95,000 square foot, multi-story building, originally an Adams-Millis hosiery mill dating back to the early 1900s.

Robert Kelly, the Bermex Group’s vice president of sales for the United States, told Furniture Today the company has no immediate plans to move although they may ultimately occupy a smaller footprint in the facility.

“I think in general, most manufacturers tend to show too much product and don’t focus on what’s new and what’s pertinent,” he said, adding “We would be scaling back in some respect, but as to what level, we haven’t finalised that. We are in the process of determining what the space needs will be, but there will be no changes for the April market.”

Kelly also noted BDM initially planned to lease out more space in the building as its own needs evolved.

“Our plan was to bring in other tenants to offset the square footage we needed, which would still allow us to do a wonderful display,” he said.

“When BDM bought the building, they thought of it as a great investment opportunity,” Kelly continued. “As time went on, we knew it was only a matter of time before someone came forward and offered us a tremendous opportunity to sell.”

Should the sale happen, he doesn’t foresee any immediate change in BDM’s operation. “It doesn’t change anything for us in the near future,” he said. “We will continue to occupy these spaces for the foreseeable future.”

The spring edition of the High Point market will open for its usual five-day run on 06 April 2019.