Home / Article: The Douglas voted boxed bed of the year in consumer survey

The Douglas voted boxed bed of the year in consumer survey

TORONTO – The Douglas mattress from direct-to-consumer retailer GoodMorning.com was named Canada’s 2021 Product of the Year in the mattress-in-a-box category. The designation is awarded following a survey of some 4,000 Canadian consumers on product innovation performed by the Kantar, the market research and consulting firm based here.

In a statement, the retailer noted “It’s a resounding vote echoed by more than 75,000 people across the country who have purchased a Douglas mattress.”

Made in Canada for GoodMorning.com, the Douglas is a medium-firm mattress offering a balance of support, comfort, and pressure-point relief for all sleeping positions. Its cooling ecoLight fourth-generation memory foam uses up to 40% less carbon than traditional memory foam. The award-winning mattress is now available at DouglasBed.ca, GoodMorning.com, and BonMatin.com. 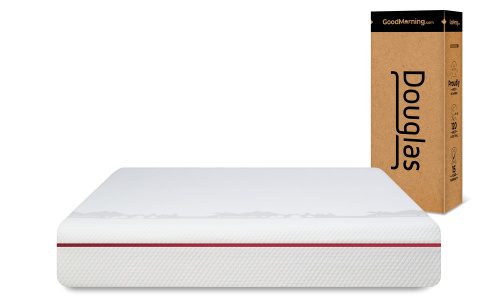 “As consumer behaviour has rapidly shifted in the past year, the annual Product of the Year Awards continues to provide a trusted resource to easily guide consumers to the best new products on the market,” the company said in a statement. “With its 120-night sleep trial and C$599 starting price, customers can be more confident than ever about buying a Douglas online. Douglas is designed exclusively for the modern-day Canadian customer who wants a risk-free, game-changing sleep at an affordable price.”

The 2021 Product of the Year Award is the third national award for GoodMorning.com in the last six months, followed closely by The Globe & Mail’s Report On Business ranking of Canada’s Top Growing Companies, as well as a spot on the Canadian Business Growth List.

This is the second year that the survey has included the mattress-in-a-box category. The winner in 2020 was the Endy mattress from Endy, the direct-to-consumer arm of Sleep Country Canada.

The survey has had a tradition mattress category for the past four years. The mattress category was included in the first two surveys, conducted in 2016 and 2017. For 2021, the Tempur Pro from Tempur Sealy Canada was selected as the winner.  In fact, it was the fourth consecutive year in which a Tempur-Pedic model was selected.

While furniture wasn’t included, two categories of major appliances were recognized in this year’s survey. Whirlpool Canada was selected in dishwashers for its large capacity model and in refrigerators for 360inch counter depth four-door unit.

Founded in 2009 as Novosbed, the Edmonton-based GoodMorning.com is believed to be Canada’s largest independent online mattress retailer and was one of the first online bed-in-a-box companies in the world. It offers seven mattress brands — including Douglas, Logan & Cove, Brunswick, Recore, Juno and Apollo. The company says its has sold over 150,000 mattresses since its founding.

The Product of the Year program was established over 30 years ago and currently operates in over 40 countries with the same purpose: guide consumers to the best products in their market and reward manufacturers for quality and innovation. To learn more visit its web site at: https://productoftheyear.ca/