CALGARY, Alberta – High-impact promoter The Brick expanded its presence in this province’s largest city in early December when it opened its first new store here since 2009, just in time for the all-important holiday season.

Strategically placed off Macleod Trail in the city’s south end, the new Shawnessy location is positioned to serve customers from across the city itself as well as those living in outlying communities such as High River, Okotoks, Black Diamond and Turner Valley.

“Since opening our first Calgary location in 1982, we’ve been proudly serving over 50,000 local customers each year,” Dave Freeman, president of The Brick said in a statement. “We are thrilled to open the doors of this new location, which will offer an industry-leading customer experience across all departments and serve customers in Calgary and beyond.” 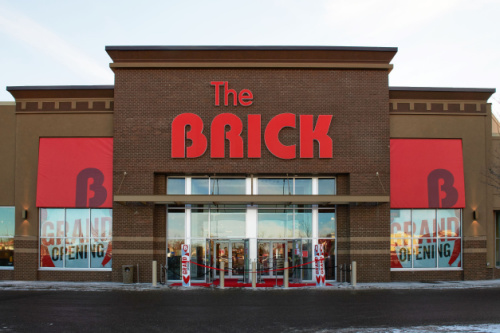 This gives the retailer – a division of the publicly held Leon’s Furniture Limited – a total of four Brick stores in Calgary, along with two Brick Mattress stores. It also reinforces The Brick’s dominant position in the Alberta market, where it was founded in 1971, with a corporate store count of 19 units as well as seven Brick Mattress stores and 26 franchise locations.

During 2021, The Brick opened two corporate stores – this one and its first ever in St. John’s, Newfoundland – and added two franchise locations to its network in Invermere, British Columbia and Granby, Quebec. According to its web site, the retailer now has 210 stores across the country.

A company spokesman told Home Goods Online the new Brick store concept differs in several ways. The front major collection are backs onto red impact wall. “This area allows the customer to see new products, while highlighting our current promotions,” he said in an e-mail. “The area also has an opening that allows a customer to see all departments at a quick glance which is a great visual when you first walk in. 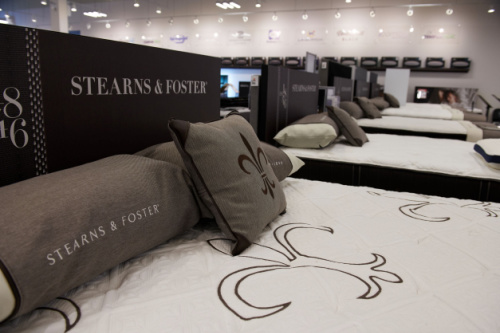 “This generation of store layout is different than our previous ones in many ways,” he continued. “The mattress and bedroom furniture departments are now split up, providing more of a store-in-a-store feel when shopping mattresses. This area is also complimented with a vast array of sleep solution accessories like pillows, frames, sheets etc.”

The Shawnessy store also features the home décor and accessory walls first seen in the Atlantic Canada stores that opened in summer 2020.

“These walls feature styled assortments of home accessories to inspire customers as they show upholstery, dining and bedroom,” the spokesman said, noting, “There is digital signage throughout the store that act as wayfinding and information screens while showcasing current promotions, features and benefits of our policies and services, and financing plans.”

New to this store is an upright floor carpet rack. “These racks allow for an easy shopping experience where the customer can see and touch a large assortment in a really visual and tactile way,” the spokesman told HGO.  “The bedroom area has also been updated from past locations with divider walls which creates vignettes for all of the bedroom sets on the floor. This allows us to create more of a room setting without impacting site lines in the store.”

The new location has created 31 jobs locally to date. As of December 2021, The Brick has over 430 employees in Calgary across its various operations which both its Brick and Brick Mattress Store banners, its local distribution centre and its fleet team.

Related Story: The Brick at 50