FREDERICTON, New Brunswick – The Brick expanded its presence across Atlantic Canada in July, opening a new corporate store here while adding yet another in nearby Saint John and relocating its existing store in Charlottetown. It will also add another new store later this year in St. John’s, Newfoundland.

In a statement, the Edmonton-based high impact promoter – one of three operating divisions of the publicly held Leon’s Furniture Limited (LFL) – said the additional New Brunswick stores will add about 50 jobs to their local communities.

“The Brick’s expansion in Atlantic Canada is creating jobs during a challenging economic period in Canada,” Dave Freeman, president of The Brick said in a statement. “I am incredibly pleased to celebrate our latest openings and to announce that we have plans for even further growth later this year and into 2021 as we continue serving communities on the East Coast.” 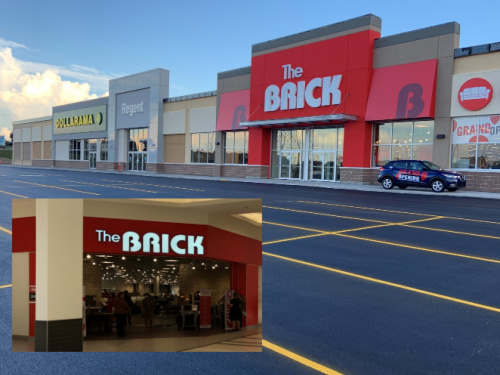 Chad Baker, director of stores for The Brick told Home Goods Online all three feature the retailer’s next generation store design that was unveiled last year in its new flagship store in the West Edmonton Mall.

“Each location features styled vignettes that we believe will inspire shoppers by allowing them to more easily visualize what the products will look like in their homes,” he explained. “These are fully styled bedrooms, living room and dining room displays that will change looks with new line-ups and future trends. Its an area the average customer can look to for inspiration when creating their own rooms.”

Each also feature accessory displays throughout the furniture floor that have curated to feature specific on trend looks. “These accessory furniture walls will change looks frequently to continually stay on trend and keep customers coming back to the store more frequently to see what’s new. It is also making it easier for a customer to take home products today and accessorize their homes without needing to be ‘style experts’ themselves,” Baker added.

Sales associates will be equipped with tablets giving them immediate access to information such as inventory levels, delivery dates as well as access to an expanded online assortment without having to leave the customer. 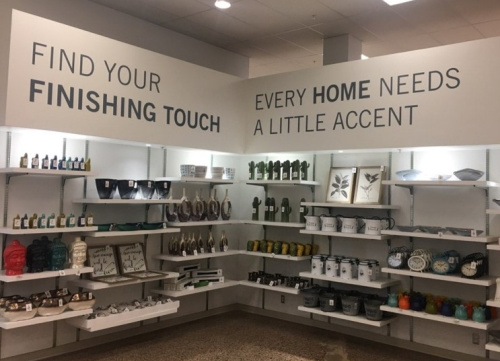 “This information help provide a faster, more convenient experience for our customers and give them access to other available colours or configurations of the product they see in our showroom,” Baker said, adding it will also have The Brick’s new custom furniture builder app that allows customers to create their own sofa, sectional or chair from its in-house Designed 2B custom furniture collection.

Expanding their presence in Atlantic Canada “has been contemplated for some time,” Baker told HGO, “as we believed it was an underserved area in our category and an opportunity for growth for the company.”

In fact, The Brick is looking for more than just retail store growth as its is also looking to grow its service provider – Trans Global Service (another LFL division) – as well as its Midnorthern Appliance banner, which specialises in providing white goods to developers, home builders and commercial design clients.

"Plans to open a brand-new, state-of-the-art distribution facility by our parent company  in Dartmouth, Nova Scotia will also move forward in early 2021, which will create between 60 and 75 more jobs as the corporation’s first facility of it’s kind in Atlantic Canada,” Dave Freeman added.

In all, LFL operates 180 stores under The Brick banner across the country, including 65 franchises. There are also 24 Brick Mattress stores and nine Brick Outlet stores. Including Leon’s and Appliance Canada, LFL operates a total of 304 stores.