In making the announcement, Tepperman’s was praised for the positive impact it has had on the communities it serves, its transparent exchange of best CSR practices among its stakeholders and enterprises, and for creating innovative solutions to tackle sustainability issues. 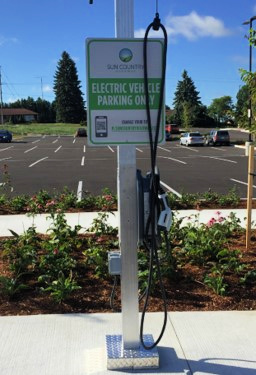 The London Chamber of Commerce has been recognising and celebrating achievement in this city’s business community since 1984. Its annual Business Achievement Awards gala showcases and celebrates some of its outstanding businesses and is believed to be one of the largest events of its kind in the country.

The full-scale retailer, which first opened here in 1997, has been working towards accelerating responsible business practices for the past several years through sustainable, profitable growth that delivers value for customers, colleagues, shareholders, communities and planet alike with an emphasis on waste reduction and partnership with schools on environmental programs.

The new London store, which houses the largest distribution centre among its six locations and opened in 2008, was one of the first recipients of the Don Smith Commercial Building Awards.

The family-owned and operated retailer launched a comprehensive program in 2015 to ensure its energy self-sufficiency and become a zero waste and socially responsible business. Some of the actions included:

“It is truly a wonderful honour to be named a finalist for this year’s Business Achievement Awards in CSR and to be recognized among other leading businesses in the community,” said Andrew Tepperman, the retailer’s third generation president. “We completely believe that our company’s sustainability is directly linked to the welfare of the communities where we operate, and we make it a business imperative to demonstrate best practices and lead through social impact.” 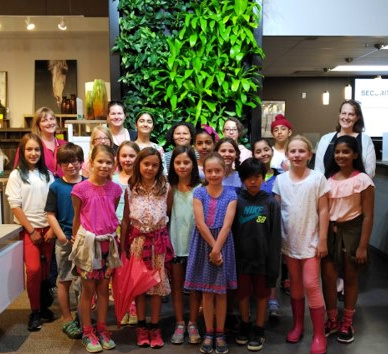 In an interview with Home Goods Online, Tepperman said he firmly believes being a good steward of the environment is good for business. As an example, he cites the decision to install courtesy electric car charge stations at every one of their six stores, recalling what happened three years ago in Kitchener.

“Within the first month the local electric car club held asked to hold their weekend get togethers in our parking lot. None had ever been to our store but a number of them purchased items,” he said. “A week later, a customer sent me an e-mail from the same store, saying, ‘Dear Andrew, my wife and I were driving to Lowe’s to purchase appliances. My electric car was running low on battery. I have an app that directs me to the closest charge station. That led me to your parking lot. I plugged in. To kill some time while it charged, my wife and I walked into your store and were completely surprised. We had never heard of your company. In the end, we purchased five appliances from you. Thank you for the free charge.’.”

He also noted the company’s focus on sustainability is a powerful recruiting tool. During a recent MBA challenge with 45 university students, Tepperman’s asked what marketing message would be most important to them, including factors such as history, credit, sustainability and community work. Some 44 of the 45 stated sustainable would be the most important of those four messages.

“This has all been a big win for recruiting, especially with younger new hires,” Tepperman said. “They feel proud because sustainability aligns with their values.”

One of their latest initiatives involves sending all of their returned mattresses to a firm in Chicago that recycles every component, from the springs and foams to the ticking. They’ve also become a partner in Habitat for Humanity’s ReStore, program that repurposes old furniture.

About the only thing they don’t do is install solar panels on the rooves of their stores. Andrew Tepperman says its not for a lack of trying, but there are several obstacles, some of which are surprising.

After a decade of trying, they were approved to join Ontario’s Feed-In-Tarrif program, but circumstances changed and Tepperman began looking at doing it on their own as their newer stores are all able to support solar panels.  “Part of our ten-year 2025 Vision is to produce our own energy,” he said. “Our current challenge with solar is it needs to first be fed into the municipal energy system and then sold back. The majority of the city systems are not able to absorb the energy.”

But he hasn’t given up.

The 37th annual Business Achievement Awards will be held on 25 March 2020 at London’s RBC Place.