Home / Article: Tariffs coming on U.S. made furniture and mattresses

Tariffs coming on U.S. made furniture and mattresses

OTTAWA – Upholstered furniture, mattresses, refrigerators, dishwashers and washing machines are among the wide range of product categories that will be part of Prime Minister Justin Trudeau’s imposition of $16.6 billion in “dollar-for-dollar” countermeasures as part the ongoing trade dispute with the United States.

In response, the Government of Canada will impose tariffs of 25% and 10% on a range of goods made in the United States – which remains this country’s single largest trading partner – including everything from playing cards and maple syrup to strawberry jam and sleep bags. 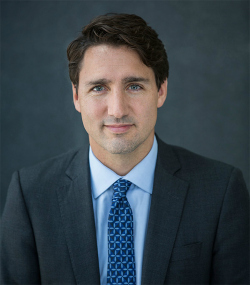 While the U.S. tariffs were imposes immediately, the Canadian government won’t impose its tariffs in kind until 01 July 2018 after a consultation period with those industries affected.

All five big ticket categories listed by the federal Ministry of Finance – upholstery, mattresses, refrigerators, dishwashers and washing machines – will be subject to a 10% tariff if the government imposes them in four weeks’ time.

Last year, Canadian furniture retailers imported some $332.4 million worth of upholstery from the U.S., which was down from $354.6 million in 2016 and $389.5 million in 2015. The U.S. is the second largest importer of upholstery into Canada behind the People’s Republic of China, whose imports were valued at $692.0 million in 2017.

While the exact dollar volumes of their shipments to Canada aren’t known, most industry insiders believe U.S. companies such as Ashley Furniture Industries and La-Z-Boy are the most likely to be affected if the tariff kicks-in.

It should be noted upholstery and mattress imports from the People’s Republic of China are subject to a 9.5% tariff under the ‘most favoured nation’ status they enjoy under World Trade Organisation (WTO) rules.

There is not a lot of international trade in mattresses. However, the U.S. is the largest importer of mattresses into Canada, which were valued at $121.9 million last year – up 13.5% from 2016.

Once again, exact dollar volumes aren’t known, but sleep sets with the Tempur-Pedic brand label are only made in the U.S. and are believed to be the driving force behind the surge in mattress imports into Canada.

Major appliances are no longer made in Canada, so all of the big white goods players will be subject to the tariff to at least some degree. Last year, imports of all categories of major appliances were valued at $1.52 billion. Of that, some $581.5 million came from the U.S.

Editor’s Note: Home Goods Online will be following developments on the trade file as they occur.