TORONTO – The fall 2018 edition of the Toronto Gift Fair will open for a four-day run on 12 August and will feature some 650 exhibitors across a number of categories including giftware, housewares, décor, gourmet foods, linens and accessories among others. 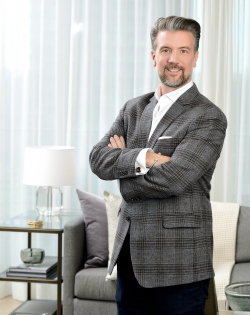 The association has announced the Toronto-based designer and television personality Andrew Pike will once again serve as the Show Ambassador. In addition to being the event’s keynote speaker, he will curate the show’s must see feature areas, including:

“We are only a few weeks away from the August show, and I couldn’t be more excited to show you what I’ve come up with for the feature areas this time around,” Pike said in a statement. “Our entire team is busy working on the final details, and I’m sure you’ll be inspired by the result!”

As the leading national tradeshow for giftware, the Toronto Gift Fair offers buyers access to thousands of brand new products. The show attracts like-minded business professionals who are interested in networking, celebrating ideas, engaging in new business opportunities and learning how they can make their retail business succeed.

“Our exhibitors have worked hard to bring you an innovative product selection,” said Anita Schachter, president and chief executive officer of the Canadian Gift Association. “We encourage buyers to take the time to seek out all suppliers, both new and existing, and experience all the show has to offer.”

The event’s seminar program will include presentations by some of the country’s top experts in merchandising and sales including entrepreneurs Patrick Leroux (in English and French) and Michel Falcon; Erica Kirkland, editor and publisher of InStore magazine; and retail solutions coach Ani Nersessian.

CanGift will also host the Alberta Gift Fair at the Expo Centre in Edmonton from 26 to 29 August.