TORONTO – Sunpan Modern Home has been selected by Corus Entertainment to be the exclusive on-set furniture provider for a series of its television programs, a move the contemporary furniture resource believes will generate nation-wide media exposure.

“Sunpan pieces look great on camera and are as stylish and chic as the television sets that Corus Entertainment is using them for,” Kat Tsoi, the company’s senior sales executive, said in a statement. “The partnership is a natural fit and we’re looking forward to working together for many seasons to come.” 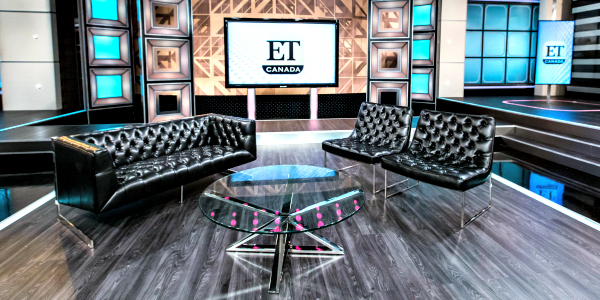 The partnership was launched during the recently concluded 2017 Toronto International Film Festival (TIFF) as Sunpan provided furniture for the ET Canada TIFF lounge. Hollywood talent sat alongside ET Canada hosts on its Viper sofa and armchair. Other pieces that furnished the set included a sleek Allister end table and Gotham coffee table.