HIGH POINT, North Carolina – The winter and spring 2021 furniture markets both here and in Las Vegas will be delayed, their organizers have announced. Originally set to open on January 24, the Winter 2021 edition of the Las Vegas Market (LVM) will now kick-off its five-day run April 11. Similarly, the Spring 2021 High Point Market (HPM) has been deferred from April 17 to 21 until June 5 to 9, 2021.

“We are encouraged by the recent headlines about COVID-19 vaccines, but realistic about its impact on a spring timeframe, as the rollout will be slow. Coupled with the reality within our industry regarding supply shortages and manufacturing/shipping disruptions, the board of directors agreed it would be most beneficial to delay spring market until June,” High Point Market Authority (HPMA) president and chief executive officer Tom Conley said in a statement. 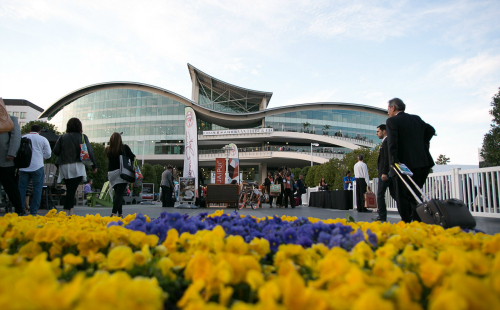 Conley said the HPMA board of directors met this past Monday (December 14) and voted unanimously to approve the shift from April to June, although the planned dates for the Fall 2021 market remain unchanged with an opening planned for October 16.

“While our safety measures proved effective this past fall, allowing more time this upcoming spring for the pandemic situation to improve and travel restrictions to ease makes sense. The industry will also benefit from a few additional weeks for product manufacturing and shipping,” said Dudley Moore, Jr., chairman of HPMA’s board of directors and president of Otto & Moore. “Our paramount objective of prioritizing the health and safety of both industry members and the High Point community remains, while also allowing us to continue supporting ongoing business.”

HPMA said registration for the Spring 2021 edition of the High Point Market will open in late February.

The Summer 2021 edition of the Las Vegas Market will now run from August 22 to 26 instead of the previously announced July 25 to 29.

IMC said will be in contact with those who have already registered for next month’s LVM to assist them with adjustments to their plans.

The new dates for the summer LVM will run concurrently with two other events, HD Expo (which runs August 24 and 25, at Mandalay Bay in Las Vegas) and ASD Market Week (August 22 to 25 at the Las Vegas Convention Center), giving buyers and exhibitors additional cross-market opportunities.