TORONTO – Sleep Country Canada Holdings (SCC), parent to this country’s largest brick-and-mortar and e-commerce mattress retailers, last week reported increased sales and earnings for both the third quarter and first nine months of 2021, paving the way for what should be record annual results.

SCC didn’t open any new brick-and-mortar stores during the third quarter although six locations were added to the network during the first half of the year.

While the publicly held retailer doesn’t report sales by banner – it operates three including Sleep Country, Dormez-vous and Endy.com – it noted mattress sales for the period totalled $215.6 million, up 12.5% from last year’s $191.7 million. 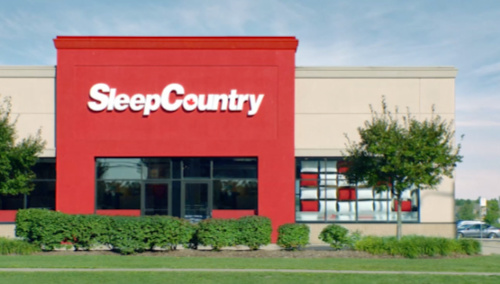 E-commerce accounted for 17.9% of revenue during the third quarter – approximately $49.0 million. That’s an uptick of 11.3% from third quarter 2020’s e-commerce estimate of $44 million. SCC’s e-commerce activities are led by Endy.com, this country’s largest online mattress retailer. It also operates virtual stores for both its Sleep Country and Dormez-Vous banners. It also sells through Walmart Canada’s online platform.

Among them are the expansion of the company’s partnership with Walmart Canada to open ten new pilot ‘Sleep Country/Dormez-vous Express’ stores in Walmart Supercentres in Ontario and Quebec before the end of the year. It also signed an exclusive retail and digital partnership with Casper Sleep – the American bed-in-a-box giant – to sell its core collection of mattresses in this country.

Friesema also noted Endy exceeded 500,000 customer transactions since its inception during the quarter and was recognized as a Great Place to Work for its third consecutive year as well as joined the ranks of 2021 Best Workplaces for Startup’s and 2021 Best Workplaces in Retail and Hospitality.

Just after the quarter ended, SCC acquired 52% of the issued and outstanding common shares of Hush Blankets, a direct-to-consumer sleep retailer for $25 million in cash, the second largest acquisition in the company’s history.

“We started Sleep Country 27 years ago to transform the way Canadians shopped for mattresses,” Friesema said in a statement. “Along the way, we’ve pushed the boundaries and differentiated ourselves in Canada’s sleep space. I’m incredibly proud to have been part of this journey and of our best-in-class team whose solid execution of our strategic roadmap across all our brands and channels delivered the strongest quarter in our company’s history.”

SCC attributed the gain mainly to a 25.6% increase in same store sales as well as the opening of six new stores during the first six months of the year. The company noted that its brick-and-mortar network was temporarily closed for 21.8% of its normal operating days during the first nine months because of the COVID-19 pandemic. This was roughly equal to the 22.0% of normal operating days lost last year.

“With record performance in revenue, gross profit margin and net income, we continued to drive profitable growth this quarter and made significant progress on our plans by strengthening our omnichannel business through transformative partnerships with Walmart Canada and Casper,” SCC president Stewart Schaefer said.

“Looking forward, we are poised to realize the full potential of our acquisition of Hush, and our other thoughtful investments in our sleep ecosystem, infrastructure and supply chain. As sleep wellness continues to be a fundamental part of our customers’ well-being, we remain committed to our purpose of transforming lives through sleep and providing our customers with world-class experiences across our entire sleep ecosystem,” he added.