MONTREAL – This will be Sheldon Lubin’s last official appearance at the High Point Market, as the long-time president and chief executive officer of upholstery maker Elran Furniture will retire at the end of the month. He will be succeeded by his partner and brother-in-law, Eric Abecassis.

Lubin has worked in the business established by his father, the late Irving Lubin, in 1967 for the past 43 years and took on the CEO’s mantle in 1994. Irving Lubin passed away in April 2015.

He told Home Goods Online now is the perfect time to step aside and see what comes next. “At age 65, I am fortunate to be able to enjoy the next journey of my life and this paves the way for the next generation,” he said, adding that he never saw himself as the man in charge. 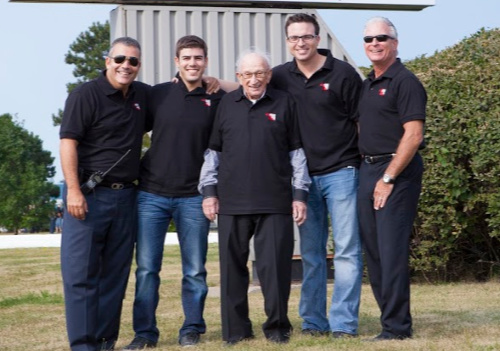 “President CEO was always just a title,” Lubin said. “I considered Eric and I to be equal partners, which crossed over as president and CEO in any given day.”

He also believes his finest accomplishment as a participant in a second-generation family business has been the creation, in collaboration with Abecassis, of a harmony and shared vision within the company. “I believe the biggest downfall in a family business are egos. This is something I believe wasn’t part of our chemistry.

“Growing the business as a team with Eric and the many employees of El Ran has always felt great,” he continued, adding, “Elran has been and will always be a family business.”

Currently, Elran is believed to be one of this country’s largest furniture manufacturers. In a profile published by La Presse – Quebec’s largest daily newspaper – two years ago, the company was reported to employ some 525 people with a retail network of some 400 stores in Canada, the United States, Europe and Israel. Their product catalogue includes some 375 models.

Lubin is also confident about the future of the Canadian furniture industry. “I think the right retailers with the right suppliers will always have a continuous success.”

He is also adamant that he will not have a post-retirement role in the company. “That was never an option,” he said. “You cannot be a backseat driver or a Monday morning quarterback. An entrepreneurial business needs to be hands-on and is constantly changing.”

Elran is also in good hands, he said with Eric Abecassis as CEO and his son Michael and Lubin’s son Jesse taking on more and greater responsibilities. “They both have the fire and with Eric’s guidance, they’ll take ElRan to the next level,” he enthused.

During the High Point Market, which closes Wednesday, Elran can be found in space 505 of Furniture Plaza.