Home / Article: Scott Reid has something to say

Scott Reid has something to say

Scott Reid was born a furniture retailer. Even though he admits that as a child, he thought he’d be a police officer, an accountant or a professional hockey player (he is a Canadian, after all), for the past four decades he’s been working in and now running the business started by his father – Reid’s Furniture in Thunder Bay, Ontario.

His dad, Tom, first opened the doors in 1968. His first location – on Simpson Street in the downtown area of biggest little city in Northern Ontario, one that’s closer to Winnipeg than it is to Toronto – was small and offered an entry level product assortment. Then called Tom Reid’s Furniture, he expanded the store three times, once by punching a hole in the adjoining wall to make one space. 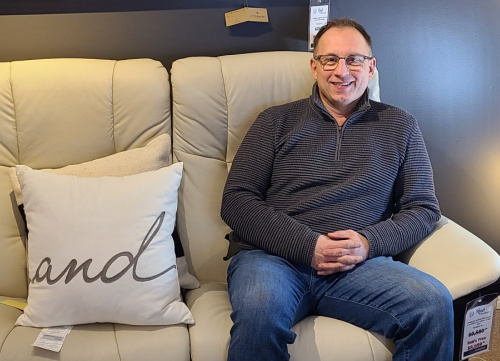 In 1978, a time when Thunder Bay was made up of two municipalities – Port Authur and For William – Tom made a big move, one that set the business on the path leading to where it is today.

“Tom’s big move was to build a new store in a swamp between the two cities,” Scott Reid explains. “This turned out to be a great move as the cities merged into Thunder Bay in 1970, so it was only a matter of time until this area was developed. Reid’s Furniture is now in a prime location in the intercity area of Thunder Bay.”

During those early years in the then-new building, a teenaged Scott and his brother, Shawn were already working in the business, mostly in the warehouse and on the delivery trucks. “My mother Mary was the book keeper, so it was truly a family business,” Scott says.

Reid’s Furniture has been a member of Mega Group since before the amalgamation of V.I.P. Stores and Magasins Ameublements B.V. back in 1992. In fact, Tom Reid served on the group’s board of directors for a number of years and was one of the original members of the Countrywide banner. Once they became Reid’s Countrywide, Tom retired and passed the baton to Scott and Shawn.

A few years later, Shawn and his wife, Sharon, moved to Barrie, Ontario and opened what would become a very successful La-Z-Boy Furniture Gallery store leaving Scott in charge of Reid’s. Shawn and Sharon sold that business 17 years and are now enjoying an early retirement.

Building the Reid’s Furniture brand
Scott took the store out of the Countrywide banner when Mega decided to consolidate it with Multi-Meubles to create what is now BrandSource Canada in 2012 (although Reid’s remains what is called a ‘BrandSource Authorized’ retailer). Doing so prompted him to re-examine the retailer’s market position. 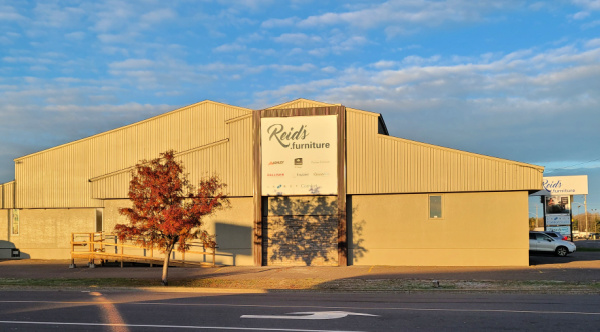 Drawing on Shawn’s experience with his La-Z-Boy store, Scott took a closer look at the motion furniture specialist’s support programs for retailers. “While Thunder Bay isn’t big enough, in our opinion, to support a free-standing La-Z-Boy gallery, we felt they had a very strong program that we could implement into our full-line furniture store – the Comfort Studio Program,” Scott said, adding after signing on they went a little further.

“We adopted their look and feel into our marketing and focused our merchandising to find complementary brands that appealed to a similar customer,” he continued, noting Reid’s soon signed on with three Canadian manufacturers including casual dining powerhouse Canadel, solid wood bedroom specialist Durham and case goods producer Handstone. “These three great vendors complement our La-Z-Boy display and allow us a great selection in both bedroom and dining.”

Under Scott’s leadership, Reid’s Furniture has moved away from the entry level merchandise profile of its early days, even implementing the La-Z-Boy in-home design program and now has three certified designer on staff. The store also floors product in the ‘better’ and ‘best’ price points from a fairly broad range of furniture, mattress and major appliance manufacturers such as Palliser, Décor-Rest, Stressless, Hammary, Monogram, Magniflex and GE Profile, among others.