TORONTO – Despite being closed for practically one-third of 2021’s second quarter, Sleep Country Canada Holdings (SCC) reported new record highs for sales, same store sales and earnings for the period as it continues to solidify its position as this country’s largest specialty mattress retailer. 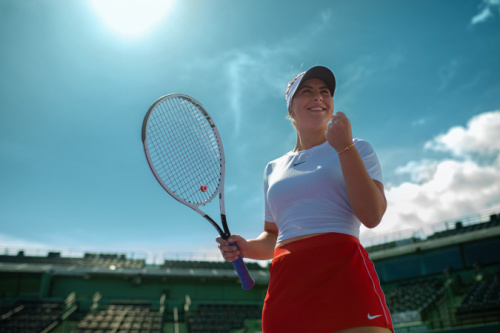 E-commerce accounted for 29.6% of sales during the period – roughly $56.9 million. While lower in percentage terms compared 2020’s second quarter, when it was pegged at 37.9% of sales or $43.5 million, it was still considerably higher than the estimated 10% of sales pre-pandemic. These sales include Endy and the transactional web sites operated by the Sleep Country and Dormez-vous banners.

To put the period’s performance in perspective, Stewart Schaefer, who is set to become SCC’s chief executive officer on January 1 told financial analysts during a conference call, “To try to cancel out some of the noise and illustrate the growth and strength of our strategic initiatives consider the fact that was 32.7% of our store offering days closed Q2, 2021 we were still able to drive meaningful revenue growth of 15.4% over Q2, 2019 when our entire store network was open.”

Sales of both mattresses and accessories grew substantially in the second quarter. SCC reported mattress sales of $150.1 million for the three months, advancing 66.6% from the comparable periods $90.1 million.

During the second quarter, the company opened four new stores across the country and announced the opening of two new storage hubs that will increase its overall warehouse capacity by 65.0%.

“The second quarter was yet another example of how our strategy, executed by our best-in-class team, delivers solid and sustained growth. Due to ongoing investments in our omnichannel sleep ecosystem and disciplined execution, we delivered strong results this quarter with robust performance in revenue, net income and gross profit margin – all of which were achieved with store closures impacting 32.7% of our total quarter’s operating days,” CEO Dave Friesema said in a statement.

The company’s retail store network was temporarily closed for an average of 33.3% of its normal operating days, on par with last year.

At the end of the first half, Sleep Country Canada operated 287 brick-and-mortar stores across the country as well as 17 fulfilment centres and one storage hub. It’s also the parent of Endy, believed to be this country’s largest e-commerce mattress purveyor.