Revenue for the three months ending 31 December 2019 grew 4.2% to $160,1 million, from $153.6 million for the fourth quarter of 2017. The company said the uptick was driven in part by the addition of 16 new, renovated or relocated stores to its network during the quarter, although they were partially offset by a 2.7% slide in same store sales. 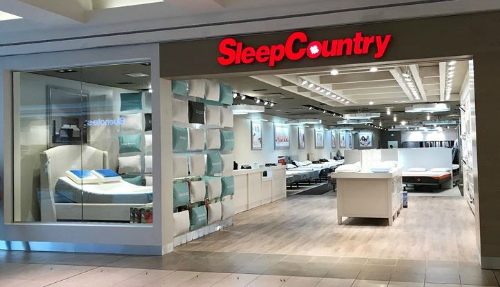 The company noted certain expenses were up in the fourth quarter, particularly for media and advertising where the spend increased by about 31% to $10.9 million in support of the All for Sleep campaign launched during the period as well as its initial support for e-commerce specialist Endy, which it acquired in early December.

Depreciation and amortization expenses were also up 24.3% to $4.1 million from $3.3 million, mainly due to from new store openings and renovations.

As an aside, the company did note that Endy’s post-acquisition net income didn’t make a significant contribution to SCC’s bottom line for the final four weeks of the year.

“In 2018, we saw continued revenue growth and tremendous development in many areas of our business. We opened 17 new stores and renovated or relocated 32 for a total of 49 new concept locations. Our new stores continue to perform well, exceeding our expectations, and thus demonstrating that our real estate strategy is on mark and delivering results,” SCC chief executive officer Dave Friesema said in a statement. “The expanded Bloom offering on our e-commerce platform drove accelerated growth in the second half of 2018 with triple-digit online growth in our fourth quarter.

“Our 11.7% growth in accessories illustrates the continued success of our strategy to expand into this market area, as we match Canadians with more products for a better night's sleep,” he continued, added the company’s fundamentals remain strong despite a challenging economic environment where consumer confidence is likely to be affected.

Although overall market numbers aren’t yet available, it remains liked SCC will at least retain but likely grow 23.0% market share it held at the end of 2017.

“One of our most exciting strategic initiatives for 2018 was the acquisition of Endy,” Friesema said. “This newly formed partnership will reinforce our position in Canada as the top mattress retailer for years to come, serving Canadians in any way they choose to shop for a mattress. It is still very early days with the Endy Team, but we continue to execute very well on our plan with great brainstorming, sharing of ideas and best practices.”

Noting 2019 marks Sleep Country Canada’s 25th anniversary, Friesema said the company plans to open as many as 12 new stores this year while renovating as many 30 others. Plans are also underway for the implantation of a new cloud-based e-commerce platform and ERP system.

“We are also exploring and expanding relevant partnerships in addition to the recent partnerships with Endy and Simba,” he continued, adding “All our initiatives, as they have always been, are designed to enhance our product offering and customer experience.”

At the end of 2018, SCC operated 264 stores – up from 247 at the end of 2017 – and 16 distribution centres under two banners, including Dormez-Vous in Quebec and Sleep Country across the rest of the country. SCC also has its own e-commerce platform for its Bloom and Simba mattress brands. It also owns Endy Mattress, the ‘pure play’ e-commerce mattress site based in Toronto.