TORONTO – Sales from its various e-commerce platforms drove first quarter revenues for Sleep Country Canada Holdings (SCC) to a new record high, the publicly held bedding specialist told shareholders this week. The results are more than outstanding when it’s considered the chain’s brick-and-mortar stores were closed for an average of 30 of 91 business days making up the opening three months of 2021.

The company also noted e-commerce represented 29.3% of revenue for the first quarter – approximately $53.6 million. That’s more than double the estimate of $24.1 million for the same period last year. Both of SCC’s brick-and-mortar banners – Sleep Country and Dormez-vous – have their own e-commerce platforms and the retailer is also the owner and operated of Endy, believed to be the country’s largest online mattress merchant. 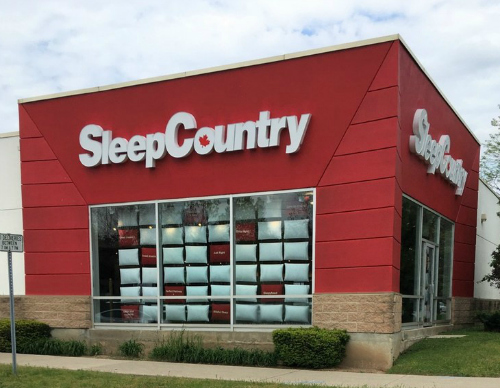 During the first quarter, SCC opened two new stores both under the Sleep Country banner – one in Fort Saskatchewan, Alberta and the other in Collingwood, Ontario. This brought its total store count to 283 across the country.

“This quarter again demonstrated the power and efficacy of our strategy in delivering sustained, profitable growth and serving Canadians’ sleep needs, as illustrated by our impressive increases in revenue and net income,” SCC chief executive officer Dave Friesema said in a statement.

In his report to shareholders, Freisema said that during the first quarter the company served over 175,000 customers and received some 30 million social impressions during a brand activation campaign as part of this year’s World Sleep Day.