TORONTO – Sleep Country Canada Holdings, parent to this country’s largest specialty mattress retailer, has announced the appointment of Zabeen Hirji to its board of directors effective immediately.

In a statement, the publicly-held retailer noted Hirji is a strategic advisor to business and the public and academic sectors and serves as a director on not-for-profit boards. She recently retired from Royal Bank of Canada, following a distinguished career spanning senior executive roles in human resources and business leadership in retail banking and operations. From 2007 to 2017, she was chief human resources officer covering 80,000 employees and a member of RBC’s Group Executive Committee responsible for setting the overall strategic direction of the company. She also held responsibility for brand, communications and corporate citizenship. 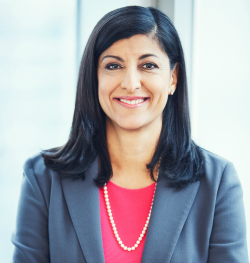 Hirji is currently Global Advisor, Future of Work at Deloitte and advises various levels of government. She is the chairman of of Civic Action, a city-building organisation and a member of the governing council of the University of Toronto.

Over her career, Hirji has received a number of recognitions for leadership in human resources, and diversity and inclusion, including receiving the Meritorious Service Decoration (Civil Division) from then Governor General David Johnston. She was inducted to WXN’s Top 100 Most Powerful Women Hall of Fame in 2012. She holds an MBA from Simon Fraser University.

“We are immensely proud to have Zabeen join us as a member of our board,” commented David Shaw, lead director. “With her clear skills around building organisational capacity in changing environments, her business acumen and her focus within the community, these capabilities will serve the board well as we continue to support the evolution of Sleep Country Canada in a complex retail landscape.”

Other board members include company founders Stephen Gunn and Christine Magee, who serve as co-chairman; Shaw; David Friesema, the retailer’s chief executive officer; as well as Douglas Bradley, John Cassaday and Andrew Moor.