TORONTO – Sleep Country Canada Holdings (SCC), this country’s largest mattress retailer, has expanded its mattress-in-a-box offerings with the introduction of the Simba Hybrid to assortment. Made in the United Kingdom and positioned as Europe’s favourite bed-in-a-box will also be available via its e-commerce store as well as its 265 Sleep Country and Dormez-vous bannered brick-and-mortar stores across the country.

In a statement, the publicly-held retailer said the development of the mattress was based on research profiles from 10 million sleepers and 180 million body profile data points, making it the first of its kind to enter the Canadian market. The Simba Hybrid will completely revolutionise the way people sleep, offering the best of both worlds when it comes to comfort and innovation. 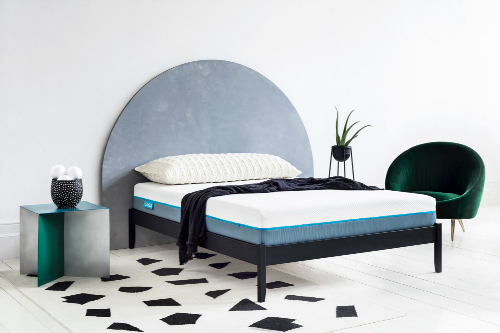 “Our relentless pursuit to bring Canadians the most relevant and innovative sleep products in the world took us across the pond to Simba in the United Kingdom,” Stewart Schaefer, SCC chief business development officer said. “We are very excited about our exclusive partnership with Simba, allowing us to add Europe's favourite mattress-in-a-box to our leading collection of top mattress brands.”

Simba has combined cutting-edge materials, body profiling data, and technology to create a premium hybrid mattress-in-a-box. Combining the comfort of five luxurious layers of memory foam with the support of 2,500 patented conical pocket springs, the Hybrid is designed to provide the perfect night’s sleep.

“The Simba Hybrid mattress has been delicately engineered and was tested for over a year before it launched, much like a piece of hardware. Over 75 prototypes were created, and 10 million people's sleep habits were studied before arriving at the ultra-premium, yet affordable, hybrid model,” Simba chief executive officer Steve Reid explained. “With over 250,000 mattresses sold in 14 countries and over 30,000 genuine five-star reviews, we are thrilled to be working with such a great sleep retailer to bring the Simba Hybrid to Canada.”

SCC first announced its partnership with Simba last May. At the time, the retailer said Simba would be positioned at the high-end of its bed-in-box offerings as a complement to Bloom, its own label. It’s priced at $1,499 for a queen size.

The product has been available online and instore since mid-December.

Simba has also developed a Canadian web site to promote the brand to consumers in this country at SimbaSleep.ca. While the U.K. firm will be responsible for development content, consumer orders will be routed through Sleep Country’s existing web site and e-commerce facility for checkout. Simba will also be running their own marketing campaign to consumers in this country to introduce the brand.

Simba was launched in February 2016 by James Cox and Steve Reid alongside the McClements family. It has been recognised as one of the most exciting businesses in Europe’s tech ecosystem and was included in Tech City’s renowned Future Fifty program for 2018. Simba’s strategy is two-fold: direct e-commerce strategy coupled with leading territory retail partnerships, such as with John Lewis, a chain of high-end department stores in the U.K. and now with Sleep Country in Canada.