TORONTO – The country’s largest mattress retailer has launched the fourth annual edition of its Pyjamas & Storybooks for Better Bedtimes campaign, which will be held throughout the month of July at all 271 of its Sleep Country and Dormez-vous stores across the country.

In a statement announcing the kick-off, the publicly-held merchant said it knows a good night’s sleep – especially for children – starts with a bedtime routine. Throughout the month, the company is asking Canadians to help ensure every child gets the sweet dreams they deserve and discover the comforts of bedtime by donating new and gently used pyjamas and storybooks for children up to age 14 at any of its stores. 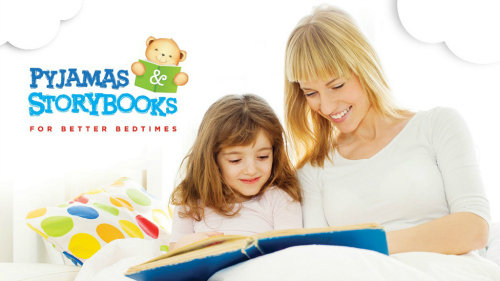 “Since we founded the company 25 years ago, it has been our mission to better the lives of Canadian families,” said Christine Magee, co-founder and chairman of Sleep Country Canada Holdings (SCCH), the corporate parent of Sleep Country and Dormez-vous. “At Sleep Country, we believe that everyone deserves a better night’s sleep and that starts with a good bedtime routine. However, many children in Canada have never known the comforts of bedtime – wearing cozy pyjamas or owning a storybook. These simple donations can help provide the beginnings of a better bedtime routine and fuel children's dreams and imaginations. By working together in the communities we serve, we can make a real and impactful difference.”

Launched in 2016, Pyjamas & Storybooks for Better Bedtimes has helped collect over 41,000 books and over 5,150 pairs of pyjamas for children in need across Canada. All donated items will stay in their local communities and are distributed by partnering charities and organisations such as the Salvation Army to families that need them most.

To donate, Canadians are asked to visit any Sleep Country or Dormez-vous location and drop off new and gently used pyjamas and storybooks in store.

The Better Bedtimes is the latest campaign the company has launched. During May, it collaborated with Serta Canada and held the Counting Sheep for Mental Wellness drive to benefit the Canadian Mental Health Association (CMHA). During that effort, each Sleep Country and Dormez-vous sold a plush Serta Sheep for $10 plus tax, with the proceeds going to CMHA.

After opening a new store in Prince Albert, Saskatchewan last month, the company donated 22 new mattresses as well as pillows and other bedding essentials to the Prince Albert Safe Shelter for Women, a charitable organization that serves the needs of women and children who require safety and support from domestic abuse.