EDMONTON, Alberta – Veteran road warrior Robert Betty has begun writing the next chapter of his life, shuttering Robert Betty Furniture Sales, the agency he has operated from his home base here for the past 33 years.

The business, which for the past three years was operated in partnership with his daughter, Arielle, ceased operations on 01 June 2020. He explained why in a letter to retailers and other industry members posted on the agency’s web site.

“The last decade has brought many changes to our industry,” Betty wrote. “As a sales agent, I have had to add geography and brands to my portfolio to maintain revenues. The last two years have seen revenue challenges due to economic challenges. With recent developments in the energy sector and the arrival of the COVID pandemic, it appears that challenging rebuilding years lie ahead. I have always managed my partnerships with long term growth as my primary goal. But with my 57th birthday approaching, my definition of ‘long term’ has shifted a bit! 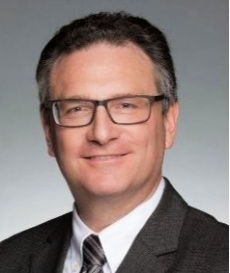 “Last month. I came across a strong job opportunity in the technology sector,” he continued. “I invested significant energy in ‘pivoting’ my resume and leveraged my network to get an interview. Eight interviews and four weeks later, I received a job offer last week which I have accepted. As of the first of June, I am excited to be starting my new role as Field Sales Manager in Alberta for Citrix, a large software company whose flagship product increases productivity and engagement for remote workers.  Talk about a timely product!”

Betty told HGO that David Darveau has assumed his responsibilities for BDM while Alexis Koscielny, a sales rep based in Edmonton who also carries Uttermost will take over his territory for Brentwood Classics.

In his note Betty said Arielle was also leaving the industry having returned to her original career working with troubled young people in the Edmonton area.

“I want to thank each of you for entrusting me with part of your valuable retail real estate,” Betty concluded. “Some of you have been partners for 20, even 30 years! I hope we can agree that it has been a positive and profitable partnership, but I feel equally blessed to have worked with such wonderful people – you will be missed.”