LAS VEGAS – Some 50 or so Canadian companies exhibited at the recently ended Winter 2020 edition of the Las Vegas Market (LVM). Just over half were furniture and mattress resources that included some of this country’s largest and best-known industry stalwarts.

Held at the World Market Center and operated by International Market Centers (IMC) – which also owns AmericasMart in Atlanta and most of the showroom buildings the comprise the High Point Market – LVM has become the most important furniture trade event in the Western United States and has made significant inroads as a destination for residential interior designers and giftware and home décor retailers. 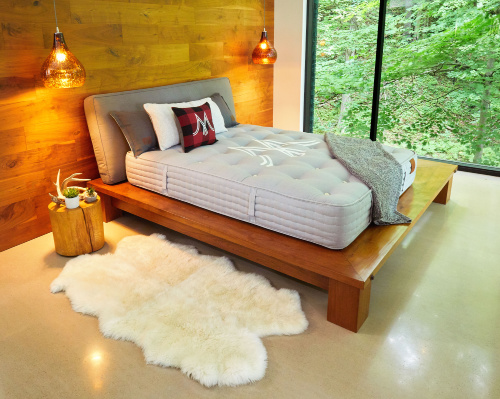 In the absence of an industry-wide furniture event in this country, many of those Canadian furniture and mattress resources told Home Goods Online they hosted a greater number of Canadian retailers than they have in previous years.

Mark Price, executive vice president of sales and marketing for Minhas Furniture, the Calgary-based full-line furniture manufacturer and distributor, said his showroom saw a noticeable uptick in traffic from north of the border.

“This was one of the best attended shows we have had in recent memory from Canadian based retailers and distributors,” he reported. “Our traffic was way up and even though we don’t usually have large introduction of new product, the new items we showed were a huge hit with our current base of customers and many of the new accounts we saw as well. This included domestic product as well as our import programs. We were pleasantly surprised at the amount of Canadian business we wrote.”

“In our opinion and based on the retailers seen at market, this is now very much a place where Canadian retailers large and small attend, as well as many eastern U.S. accounts,” she said. “Canadian national accounts, buying groups and independents all attended this market, and so the winter edition is much more attended than the summer edition.”

Katherine Kalen, chief marketing officer for Sunpan, the contemporary furniture specialist also based in Toronto, also noted an uptick in attendance by retailers from Ontario and Quebec at the winter market, which most exhibitors believe is the stronger of the two events held each year.

“We saw strong support from our Canadian retail customers with significantly more attendance from Ontario than past shows,” Jason Harris, vice president of sales for Stylus Made-to-Order Sofas, the custom upholstery specialist based in Burnaby, Briitsh Columbia. “Western Canada has always supported this show, but it appears that it will become more important for our eastern base as well.”

Click here to read our complete
report in the HGO Merchandiser