MONTREAL – Throughout September the Quebec Furniture Manufacturers Association (QFMA) will conduct a promotion campaign to encourage Quebeckers to not only buy furniture from local retailers but from Quebec manufacturers as well.

The campaign will be centred on a new web site, Meuble du Quebec, which went live a few weeks ago.

“In these times of economic instability, the QFMA hopes that purchasing furniture made locally by local artisans will be a source of pride for consumers,” QFMA president and chief executive officer Gilles Pelletier said in a statement, noting his members create more than 25,000 jobs across the province. 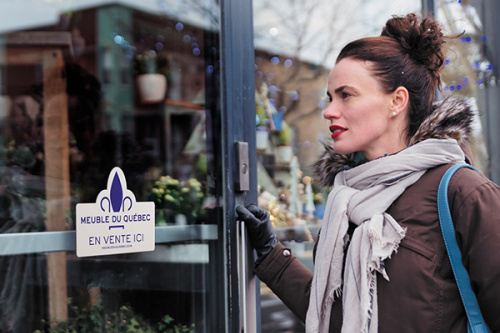 The campaign aims to highlight the advantages of buying Québec furniture locally and to refute some of the misconceptions consumers might have. It will speak to the accessibility and quality of furniture made in Quebec and stress that it’s a wise choice for consumers because of its advantageous price/quality ratio as well as its ability to be customised and the variety of finishes, wood species, fabrics, colours and materials offered by its manufacturers.

“Buying locally means choosing a piece of furniture made here, not just a local retailer,” Pelletier said. “More than ever, local businesses need the solidarity of Quebecers, and Québec furniture manufacturers are no exception to the rule. At your retailer, ask first to see the Québec furniture that fits your budget.”

The campaign will be conducted on Radio-Canada’s television and web platforms as well as on Urbania, a popular French-language web magazine that appeals to a younger demographic that doesn’t typically shop at retailers who floor Quebec-made furniture.

As part of the campaign, later this month Uranbia will run a contest featuring Quebec furniture among its prizes as well as a video portrait of Joel Dupras, the primary product designer for contemporary case goods specialist Huppé and an article about products that compare to those found at “that big Swedish chain.”

Radio-Canada will feature three different ten second spots that ask consumers to compare Quebec-made future with Scandinavian and Italian imports. “The point is to get consumers to ask to see furniture from Quebec that fits their budget first,” Pelletier said.

He added the association noticed a growing demand for Quebec made furniture among consumers living it its own province a couple of years ago, which prompted the creation of the Meuble du Québec campaign.

As part of the effort, the association is offering electrostatic door stickers to those retailers selling Québec furniture and tent cards for use of their floor to identify locally made furniture. “These are floors more relevant than ever for helping Quebecers find these products in stores and make a wise choice for themselves and for Québec,” Pelletier said.

The Meuble du Québec signature is available to manufacturers and retailers free of charge. It can be used to identify Québec furniture in stores and showrooms and in advertising, on web sites and other media.

Currently, about 20 Quebec manufacturers are actively supporting the campaign and all association members have a presence on the Meuble du Québec web site. In addition to the campaign, the site was designed as a tool for discovery, research and inspiration for consumer shopping for or interested in furniture.