MONTREAL – As part of its 75th anniversary celebration, the Quebec Furniture Manufacturers Association (QFMA) honoured six people from across the industry in recognition of their contributions to their companies and the industry as a whole. Each of them has at least 50 years of experience, some in the same company.

The pioneers were honoured at the association’s recently ended annual convention, which was held at Ritz-Carlton Hotel here.

In selecting Maria Romano for this distinction, the QFMA noted she stands out as a female pioneer in a male-dominated industry. Born in Italy, she immigrated to Canada in 1952, where she met Gino Romano. In 1961, Gino started making sofas in his sister-in-law’s garage, and delivering the finished product on the roof of his station-wagon. 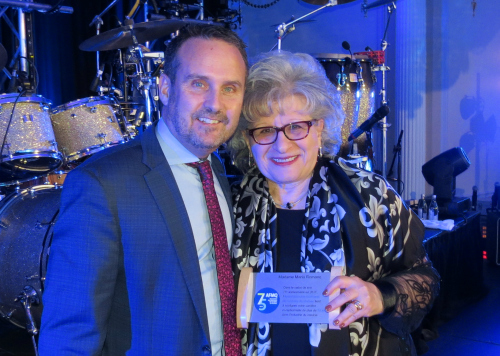 The following year, G. Romano Inc. was founded with Gino looking after production while Maria handled the administration. In 1963, they married. This union would lead to the birth of three daughters. The business, meanwhile, enjoyed a steady growth for the next 30 years.

In 1994, after Gino passed away at the age of 53, Maria took over the company. Her daughter, Natalina, and her husband, Rick, worked in the business from 1994 to 2014. G. Romano got through the economic turbulence largely because of Maria’s sound financial management and business savvy.

Currently, the company manufactures custom-made, high-quality upholstered furniture which it sells throughout North America. Since 2014, Maria, who remains president after 55 years, is supported by Théo Homa, the husband of her eldest daughter Anna. Homa is general manager of G Romano and a member of the QFMA’s board of directors.

For Nicola Amendola it all began in 1964, when he was studying industrial design in Italy. Three years later, at the age of 18, he immigrated to Canada and started working in the furniture industry.

In 1968, he was hired at Jaymar as a planner and designer becoming a specialist in leather furniture. Almost two decades later he and two partners founded Mirani Furniture, a business he would leave in 1992. The following year, he teamed with his brother-in-law to create Italdivani Meubles, becoming the sole shareholder in 1999.

For the past several years, his children – Marina and Mike – have been working with their father in the family business, which they will one day take over. 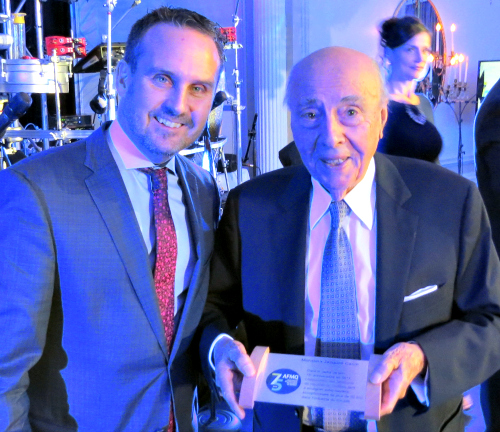 A native of Bordeaux, France, Jacques Canin served in the military before completing his training as a furniture designer and draftsman. He then made a decision that would change his life: he immigrated to Canada.

In 1951 Victoriaville was Canada’s furniture capital, so it was only natural he would settle there. A year later he became a self-employed designer and in 1955, decided he would make the furniture he designed. In doing so, he founded Vic Store Fixture.

Canin passed on his passion for furniture design to his two sons, Domynique and Fabrice, who would eventually take over the company. Some 62 years later, it’s becoming an ongoing story as the third generation begins making its mark with the addition of his granddaughter, Fannie along with her husband.

Marcel Couillard wasn’t the founder of a company but he has melted and welded a fair amount of metal in his time during his 50-year career at Amisco. 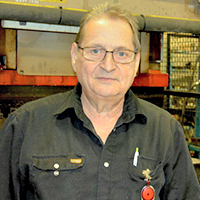 Hired in 1967 at the age of 18 by Léonard Poitras, the grandfather of Réjean and Claude – currently Amisco’s president and vice-president – it has been said that one of Couillard’s brothers tried to get him to join the crew of a ship. He decided to keep his feet on the ground and that was a smart decision since the boat sank off the coast of North Carolina.

Over the years, he has adeptly handled a wide range of jobs in the company and maintains he has no intention of retiring because he likes what he’s doing.

Guy Lacasse founded Groupe Lacasse 61 years ago. In the early years, Guy and his two brothers – Réal and Réjean – made sewing machine cabinets; some one million units over a span of 20 years. As interest in this type of furniture was declining, Lacasse bought a business specialising in office equipment in 1979.

He also founded an industrial park in 1980 and that led to the creation of a dozen small and medium businesses as he wanted his suppliers to be nearby.  The next 20 years saw a series of acquisitions, the selling of shares and partnerships that contributed to the company’s growth.

In fact, many Lacasse family descendants work in the furniture industry: Réal’s sons, Sylvain and Patrick, and Guy’s three children – Pascal, Nancy and Robin, who is currently the CEO of Mar-Kit, a producer of melamine and wood panels located in Ste-Pie, Quebec.

In 2000, Groupe Lacasse, which had sales of $110 million, was sold to Haworth. In 2012, Guy Lacasse, his son Robin and Sylvain Garneau (the company’s current CEO), bought it back. Since then, Groupe Lacasse has had continual growth through various acquisitions in Canada and the United States.

Now 78, Guy Lacasse is still active in the company. 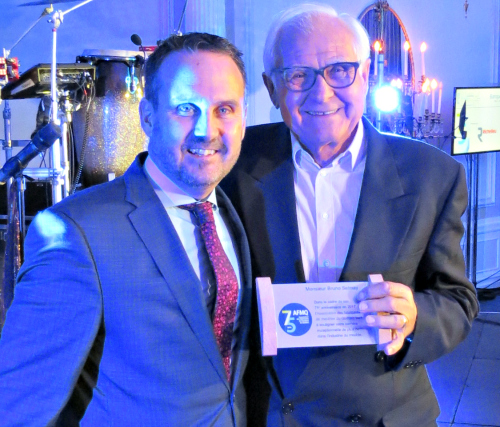 Bruno Selmay arrived from Germany in 1954. Trained as a mason, he didn’t start his furniture career until 1963 when he became one of the first employees of Colibri Furniture, where he was a cabinet maker. Over the years he built add-ons to the factory himself, eventually becoming plant manager.

When the two owners decided to leave the company in the early 1980’s, Meubles Mobican was created with Selmay as plant manager. In 1988, he decided to buy the business with his son Patrick and a group of employees.

He still works a few half-days a week, with his son Patrick, and his grandsons, Nicolas and Mathieu.

“Nearly 95% of the Quebec furniture industry is made up of family businesses. Its leaders as well as its employees are passionate people who accomplish exceptional things – including having 50 years’ experience,” Pierre Ricard, QFMA president and CEO, said in a statement. “We could not ignore such important contributions to our industry. Today, these companies continue to fulfill their mission and are led by descendants of these pioneers, namely the second or third generation of entrepreneurs.”

The QFMA has also acknowledged the generous contribution of some former chairmen of its board of directors. Full details on the furniture industry pioneers and past presidents can be found on the association’s web site.

The Québec Furniture Manufacturers’ Association is celebrating its 75th anniversary in 2017. It actively contributes to the growth of the Québec furniture industry and oversees its promotion and development in Canada and internationally. Founded in 1942, the QFMA brings together manufacturers of residential, office, institutional furniture, and furniture components, as well as suppliers to this industry. The QFMA also defends the interest of its members and conveys industry issues on various speaking platforms and to government authorities.

Rejean Poitra, chairman of the Quebec Furniture Manufacturers Association, is seen here presenting a plaque to Maria Romano, who founded upholstery specialist G. Romano along with her late husband Gino in 1962. The association honoured six industry pioneers for their contributions to the industry at its recent annual general meeting.