WINNIPEG – Full-line furniture manufacturer Palliser has updated its organizational structure, dividing itself into four distinct channels and has re-aligned its executive leadership team in the wake of the departure of Mark Wiltshire, who previously led the company’s sales efforts.

In a statement issued immediately prior to the High Point Market – which will end its current five-day run on Wednesday – the company announced it will operate under four brands: Palliser, Pinnacle, Integrity and Encore.

It will also create an OEM and National Accounts channel, which will develop exclusive groups or ‘white label’ products for national retail accounts, particularly in Canada and the United States. 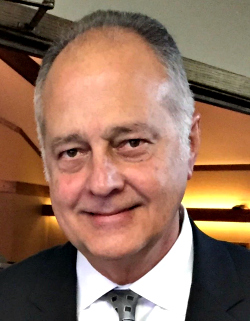 Continuing to be the core of the business, the Palliser brand will bring the privately held company’s commitment to quality to all key categories of upholstery and case goods in a variety of styles and core price points. This brand also encompasses the Sarah Richardson for Palliser partnership, which was introduced at the Spring 2019 edition of the High Point Market.

The newly created Integrity brand’s upholstery product line will focus on value and volume while maintaining the highest levels of quality. It will include the Quantum chair line.

Encore is Palliser’s line of furniture for the contract market.

“To keep pace with the ever-evolving global furniture industry, we are making these adjustments to our organizational structure, positioning our brands to best lead in their respective segments of the market,” Palliser president and chief executive officer Peter Tielmann said.

To support the restructuring, Palliser announced new roles for two members of its executive team.

Roger Friesen has been named chief revenue officer and will provide leadership to the sales, marketing and the new brand channels. Since 2001, Friesen has held a variety of senior executive positions with the company and was president of Casana Furniture, which Palliser re-acquired in 2017.

Mike Hofmann will take on the role of chief operating officer and will oversee both operations and finance, including procurement, manufacturing, logistics, customer service, product development and pricing. Hofmann joined Palliser in 2018 with executive level operational experience from various multi-nationals including carpet and flooring manufacturer Beaulieu America as well as bedding majors Serta Simmons and Sealy.

They join Wendy Ferris, chief culture and people officer, who continues to provide executive leadership to human resources and is a driving force behind the development and implementation of strategic initiatives. Meanwhile, Cary Benson, formerly president of Palliser, will continue in his role leading Encore.

All four report to Tielmann.

Currently celebrating its 75th anniversary, Palliser can be found in its permanent showroom on the fourth floor of 220 Elm during the High Point Market. The company is believed to be the largest manufacturer of leather upholstery in North America with factories here and in Mexico.