WINNIPEG – Palliser Furniture has added three industry professionals to its management team, including an industry veteran who will be in charge of product development for its stationary upholstery offerings.

Prior to joining Palliser Furniture, he held buying roles for two U.S. based retailers – Levitz and Homelife – as well as manufacturing positions with Broyhill Furniture, a division of Heritage Home and full-line Canadian resource Magnussen Home, where he led the upholstery division.

“Jeff’s extensive experience both as a retailer and in manufacturing brings a unique perspective to the Palliser brand. I have great confidence in his ability to create product that delivers on the Palliser promises of quality and value,” Benson said in a statement. 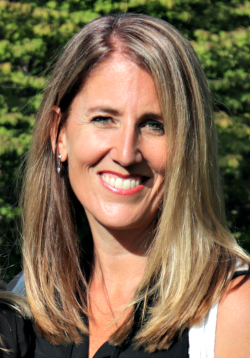 Barber joins Palliser directly from Natuzzi Americas, where she served as national accounts manager. She has also held key sales roles with Lexington, the High Point-based produced of the high-end Tommy Bahama line of furnishings; Drexel Heritage and La-Z-Boy.

Daratzikis began his career at what is now known as Tempur Sealy Canada in 1992. Over the years, he was promoted and recognised repeatedly eventually becoming vice president of sales for national accounts, accepting his new position with Palliser.

“With Palliser evolving to a supplier for both leather/fabric upholstery and case goods, it was imperative that we assemble a sales leadership team with extensive experience,” said Mark Wiltshire, vice president of sales.

“Brooke and Demetre bring to us a wealth of experience and healthy retail relationships that have been developed over the course of their careers,” he continued. “We are incredibly excited about the leadership that these two talented professionals will bring to the Palliser brand.”