BOWMANVILLE, Ontario – Two-and-a-half years after fire devastated their head office, Phoenix AMD International finally came home to settle into a new working environment its ownership team believes will drive the added-value resource to the next level of success and the one after that.

“This building is a reflection of how we see the future,” says Albert Marrache, president of the company he co-founded with Dawn Rowe, who serves as Phoenix’s vice president, some 26 years ago. “It was designed to create an environment that people want to be in – one that makes them look forward to coming to work every day.”

On August 21, 2015, a fire broke out on the second floor of the structure. While no one was hurt, the building was destroyed. However, the company didn’t lose much ground and was fully operational within days as all of their computer systems were totally backed up, so valuable customer data wasn’t lost. 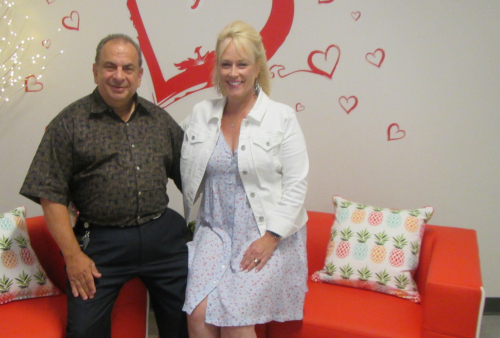 Until they began moving back into the renovated headquarters building, the company camped out in temporary quarters, which Marrache admitted were less than ideal. But, he praised his team for hanging in through the transition and believes the new space will make up for the inconveniences suffered.

Covering 24,000 square feet in total, the two-level facility contains a number of team-building features including a full kitchen with an outdoor barbeque kept on an adjoining private patio. It also a work-out room with showers, bicycles for riding and an indoor golf simulator for those anxious to practise their long game.

Laid out in an open concept, the upstairs bull pen has areas set aside for impromptu meetings with more private meeting and training rooms positioned around the outside wall. The space brags a lot of natural light and has ample space for holding large gatherings from receptions and other social events to more formal occasions.

There are also a lot of plants and the walls are adorned with works of art and other collectibles – such as Albert’s collection of hockey jerseys signed by members of the National Hockey League (NHL). There’s not been space to display them until now.

In fact, Marrache and Rowe hope that in the not-too-distant future they can host training and briefing sessions for their retail network in the new space. 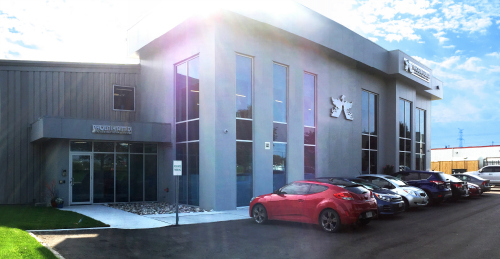 The space is also as technically advanced as they can make it with a gigabyte of Internet bandwidth to support the team’s activities. “Our team can use the Internet to do remote training and for a variety of other purposes that will make their work more efficient,” Marrache said.

“Dawn and I did a lot of research when we were planning the renovation. We visited a lot of different places before the work began,” he added. “This is a place where we want people to think about the future.”

Indeed, one long-time Phoenix staff member – who is on the U.S. sales team – remarked, “in many ways this is more like a home than a workplace.”

Rowe and Marrache said the future is very much on their minds and are getting ready to roll-out a number of new initiatives across their product line over the coming weeks and months. “Retailers need to make more money and there are few customers walking through their doors,” Marrache said. “Now that the distraction is behind us, we’ve putting all our focus into helping them be successful. That way, Phoenix will continue to be both relevant and successful.”