OTTAWA – Reaction to the Canadian Border Services Agency (CBSA) decision announced this month to impose anti-dumping tariffs on imports of motion furniture and leather upholstery from the People’s Republic of China (PRC) and the Socialist Republic of Vietnam has been both swift and mainly negative from most quarters of the industry.

The CBSA imposed a new tariff regime – with duties ranging from 101.5% to 295.9% – after saying it found a “reasonable indication” the dumping of these goods by producers in the PRC and Vietnam have or are threatening to damage this country’s domestic upholstery manufacturers.

A spokesman for the agency told Home Goods Online these tariffs are temporary and the complaint is still being investigated. A final decision will be made by August 3.

If the CBSA determines there has been dumping, the matter will then by taken up by the Canadian International Trade Tribunal (CITT) which will then hold hearings to determine just how injury has been done to the Canadian industry. It is also expected to publish its Statement of Reasons for imposing the tariff later this week. 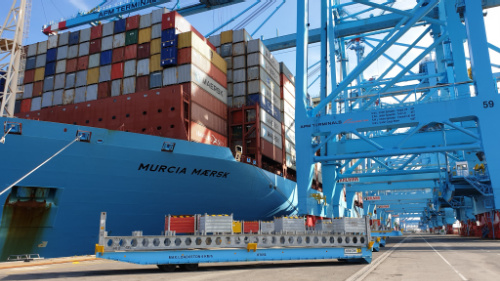 Most industry executives and store owners HGO spoke with about this issue over the past couple of weeks questioned the timing of the decision, pointing out the economy remains mired in the throws of fighting the COVID-19 pandemic. Many noted this action has added an unnecessary level of complexity to an already fragile supply chain.

The cost of goods is also being negatively impacted by increasing freight costs. More than one retailer pointed out that not so long along, a container from the PRC cost an average of $3,500. Currently, charges in the range of $7,000 to $12,000 are becoming common.

Several retailers acknowledged they weren’t surprised by the decision itself but were surprised by how high they were – in fact, several believe they are too high and expressed confusion about how and why they were set at that level.

Andrew Tepperman, president of Tepperman’s, the six-unit chain based in Windsor, Ontario gave a commonly heard reaction to the issue. “Overall, the duties are not a surprise, just the levels and some of the suppliers who got put into the highest ranges,” he told HGO. “We planned for the duties months ago as we were in, at times, daily dialogues with the Retail Council of Canada (RCC) and other retailers.”

Tepperman’s took measures in advance to cope. “We increased our retail prices and brought in extra loads,” he said. “Knowing the duties were to be applied on a specific date, regardless of backorders, our supply chain team ensured we would not get caught with open orders where the landed costs had increased.”

Many other independent retailers indicated that where possible they will attempt to replace those suppliers who are subject to the higher tariffs, mostly in a bid ensure they remain price competitive.

Scott Reid of Reid’s Furniture in Thunder Bay, Ontario was another who planned to cope with the tariffs. “We are thankful we loaded up on inventory,” he told HGO, adding, “We feel well positioned for success now that the import product will be equal to or more expensive than our North American made product.”

The RCC has a number of furniture retailers – ranging from Leon’s Furniture Limited (LFL), BMTC Group, and the Dufresne Group to high profile independents such as Tepperman’s and Stoney Creek Furniture – among its members. The Toronto-based association has been raising money to combat the tariff but has declined to comment on its efforts, saying they are confidential.

Opposition to the tariffs is even making a trip to the Prime Minister Justin Trudeau’s office. The Vancouver office of Amax Leather has circulated a request to members of its retail network asking them to pen letters in opposition to the tariff to the prime minister which will apparently be delivered to him tomorrow (May 19) by Sukh Dhaliwal, a Liberal backbencher who represents the British Columbia riding of Surrey-Newton.

The California-headquartered importer said the effort is being led by Jeet Jaswal of MJM Furniture, a two-unit independent with stores in Coquitlam and Surrey, B.C.

In its letter, Amax told retailers “Dhaliwal has committed to meeting with Prime Minister Trudeau to lead our case against the injustice of the extraordinary duties now applicable to imported furniture from Asia.”

Even among those retailers who actively support Canadian manufacturers of both motion furniture and leather upholstery there are questions as to whether the tariffs will do much good, considering the overall economic environment.

Some also question how much important the Canadian market is those companies in the PRC and Vietnam who now be subject to the tariff. They note Canada may be a very small part of their global market and will in all probability be able to make up for lost sales in other markets.

Scott Reid has an interesting perspective. “The timing of this is absolutely terrible,” he maintains. “Every Canadian supplier I know is buried in orders and can’t keep up with the demand they currently have. If the importers start looking back to Canadian suppliers to fill the void, the lead times are only going to continue to get worse.

“All through this pandemic I have had two fears,” he continued, “the first is being closed with too much inventory, and the second being open with nothing to sell. Being in Ontario, we are currently living the first, but my greatest fear is the second, which if things continue the way they have been, I feel this will become true for many. I certainly want to see the Canadian suppliers thrive, but I also feel bad for anyone getting caught with boats on the water and a 300% tariff waiting for them on the dock. No one needs that kind of hit especially in times like these where supply is already an issue.”

Eric Bennett, president of the three-unit Bennett’s Furniture & Mattresses based in Peterborough, Ontario, also disagrees with the tariffs.

“Having more Canadian made is a laudable goal but tariffs are a terrible way to fix these issues,” he said. “A better want to do this is to permanently increase duties over five or ten years. This will give potential new and existing suppliers time to expand. With tariffs, Canadian suppliers will think ‘I won’t expand as the tariff is liable to be reversed or reduced’ – which is exactly what I think will happen. Tariffs are a very short-sighted policy. They destroy livelihood and do little good.”