Yost is one of the few Canadian industry executives to hold a C-suite level position with a major furniture retailer in both Canada and the United States. 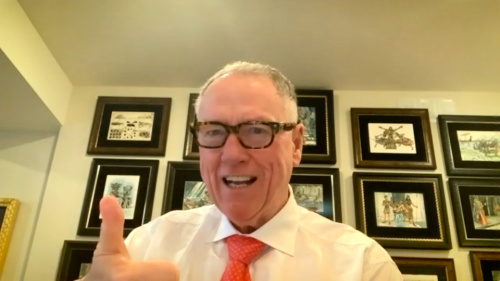 Currently, he is president of The Dufresne Group, the Winnipeg-based operators of Dufresne Furniture & Appliances – a 15-unit chain with stores in Ontario, Manitoba and Saskatchewan – and the Retail Solutions Group, a fee-for-service buying group with some 100-plus members across the country.

Prior to that, he was president and chief executive officer of Mega Group, the Saskatoon-based and member-owned buying and marketing group.

However, he is perhaps best known for his decade-long stint as president of the now-defunct Art Van Furniture, which in its heyday was one of the largest furniture retailers in the United States. Prior to that, he spent 12 years at The Brick from 1997 to 2009, the last five as president and CEO.

During his conversation with the author, he talked about the similarities and differences between furniture retailing in Canada and the United States, the best things about both and his hopes for Mega Group and the challenges of leading by persuasion. The conversation was held as he was transitioning from Mega to Dufresne.

The conversation also touched on Yost’s other passion – writing. In addition to a series of self-published novels, he is also a business writer with numerous books to his credit, including Maximum Pumptitude; Pumptitude: Pump Up Your Attitude and Gain Altitude; and Internal Pumptitude: Inspire, Grow and Become More, to name a few.

We hope you enjoy our conversation. Click here to view.

Related Story: All roads lead to the internet: Yost tells members in address