MONTREAL – Novacap, a private equity firm based here became a major player in the North American mattress industry after backing the merger of Owen & Company and its U.S.-based counterpart, Kingsdown Inc. The terms of the deal were not disclosed but it closed on 29 March and was supported by Novacap through its Industries IV fund.

In a statement, Novacap noted Owen & Company has been the exclusive owner of the Kingsdown brand in Canada since it came into being 23 years ago. They also produce mattresses under the Bassett and Owen & James labels as well. 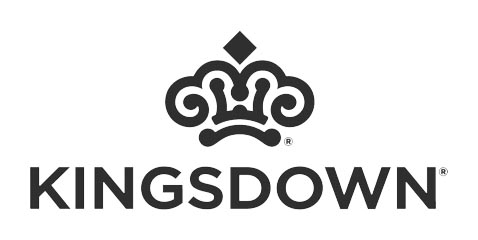 “This merger will see the 114-year-old Kingsdown brand, which started in Mebane, North Carolina in 1904, back under common ownership, with a manufacturing and distribution footprint around the world,” the company said, adding its intent is to continue investing in growing the Kingsdown Group globally, all while providing the highest quality handcrafted mattresses and sleep products.

Novacap also plans to use the Kingsdown distribution network to further develop Zedbed – the Quebec-based manufacturer of memory foam mattresses and accessories acquired through Owen & Company earlier this year – throughout the North American market.

“We are excited about the growth trajectory of this business combination, both in North America and abroad,” Novacap senior partner Marc Paiement said. “Our vision for this industry is to become one of the premier and most recognized brands around the world, and we will support the team in reaching that vision.”

“With Kingsdown Canada, we have built one of the strongest mattress brands in Canada, and we were looking to further expand our business into the U.S. market,” said Mike James, president and chief executive officer of Owen & Company. “Our recent partnership with Zedbed, and now our merger with Kingsdown U.S.A. will accelerate this growth plan and give all of our brands better access to our large network of retailers. Our customers and clients will all benefit from this merger through improved service and distribution capabilities throughout North America, and access to unique handcrafted products made by our skilled workers throughout North America.”

“This partnership represents a turning point in our company’s history,” added Frank Hood, president and CEO of Kingsdown Inc. “Over our 100-year history, Kingsdown has become one of the most beloved brands in the U.S. and abroad. We are now stronger than ever and are looking forward to pursuing our current development plan with our great new partners, as the reunification with the Canadian family will make our company even stronger than the sum of its parts.”

Furniture/Today, the U.S. trade publication recently estimated Kingdown Inc.’s 2016 sales at US$96 million, placing it on the lower rungs of its Top 15 ranking of U.S. bedding manufacturers. A privately-held company, Owen & Company is believed to have total revenues in the C$50 million range.

Novacap will be the largest shareholder in the new merged company, which will have three autonomous divisions – including Zedbed – “who will be sharing resources, suppliers and some services to the benefit of each and the whole group,” a spokesperson told Home Goods Online.  The senior management of each will report to the new merged company’s board of directors, of which Paiement will be a member.

Paiement also said Novacap sees great potential in the merged company, as each are already sister companies producing great lines without common ownership. “Owen was barely in the U.S. Kingsdown was not in Canada, so we have two nation leaders without conflicting territories,” he explained. “The best way to serve clients is with a continental and global strategy. We will have more than 14 plants and facilities to serve our clients and become the preferred alternative to the ‘S’ brands.”

Hood, along with chief financial officer Tim Price, will continue to lead Kingsdown U.S.A. from its head office in Mebane, North Caroline.

The financial terms of the transaction were not disclosed.

Founded in 1981, Novacap is a leading Canadian private equity firm with $2.3 billion of assets under management. It is also the majority shareholder in Bestar, the ready-to-assemble furniture manufacturer based in Lac Megantic, Quebec.