New investor group to acquire Bouclair out of bankruptcy

MONTREAL – Alston Investments Inc., a new company formed by a group of Canadian investors with significant retail experience, has announced it has offered to acquire Bouclair Inc., a home furnishings and décor chain with some 92 stores across the country, most in Quebec and Ontario.

In a statement, the Potential Purchaser – as the investment group referred to itself in a filing to the Quebec Superior Court – will focus on Bouclair’s successful experiential retail concept while continuing to invest heavily in the retailer’s online presence. “Efforts to promote Bouclair internationally will also be expanded,” Alston said in its statement.

Shareholders of Alston include the current Bouclair president, chief executive officer and owner Peter Goldberg, who acquired the company in 2003. 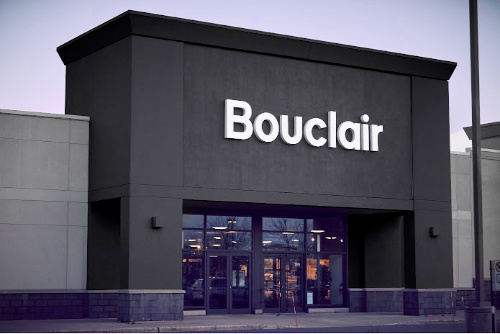 “It is no secret that retailers have faced significant challenges in recent years and have had to reinvent themselves in the digital world. Bouclair is no exception,” Goldberg said. “This proposed transaction would allow a new Bouclair to reorganize and focus on the enterprise’s strengths and to expand e-commerce and digital capabilities.”

The court filings – made under the Bankruptcy and Insolvency Act – noted Bouclair has assets with a book value of approximately $49.2 million, mostly inventory valued at $31.6 million. Liabilities were assessed at $42.2 million, the biggest single item of which was a loan of $18.8 million owed to the National Bank of Canada. Approximately $10.3 million id owed to suppliers.

Under the proposed transaction, Alston would purchase a substantial portion of Bouclair’s assets, including maintaining more than 60 store locations, its head office in the Montreal suburb of Pointe-Claire and the most of its national employee base, which currently numbers about 1,150. As many as 29 “underperforming and non-strategic stores” will be shuttered to reposition Bouclair’s retail footprint.

Goldberg noted a key priority over the next 24 months will be converting as many as two dozen existing stores to Bouclair’s new retail concept which was first launched in the Quartier Dix30 power centre in Brossard late last year.

“Looking forward, Bouclair plans to convert as many as two dozen existing stores over the next two years while actively searching for new markets and sites for the new concept, while continuing to invest in the company’s e-commerce platform, which has consistently yielded 30% year-over-year growth,” he added.

Alston said the proposed transaction is also designed to maintain the maximum level of employment going forward and to protect the business relationship with as many suppliers, landlords and other stakeholders as possible.

The Montreal office of Deloitte Restructuring Inc. has been named trustee.

Subject to obtaining approval from the Superior Court, the closing is expected to take place before the end of the year.