NAFTA expert to give keynote address at CHFA gala

MISSISSAUGA, Ontario – Former Canadian diplomat, author and current academic Colin Robertson will be the keynote speaker at the upcoming Canadian Home Furnishings Award gala, which will kick-off the 2018 edition of the Canadian Furniture Show.

In a note to members of the Canadian Home Furnishings Alliance (CHFA), chairman Mark Wiltshire said Robertson is also an expert on the North American Free Trade Agreement (NAFTA) which is currently being renegotiated by the governments of Canada, Mexico and the United States.

“The current negotiations of NAFTA have Canadian business people very concerned,” he pointed out. “Almost daily NAFTA is the headline story in the news and with good reason. Our guest speaker will be able to shed some light on where things are at with the negotiations and where they may go from here.” 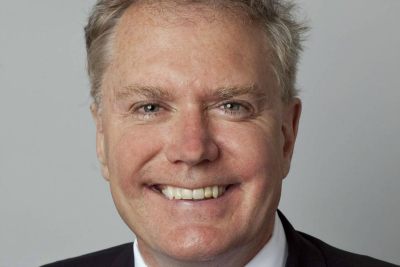 Wiltshire noted Robertson’s history with the NAFTA precedes his recent articles for the Globe & Mail or the television interviews he has given over the past few months. “Colin was one of the negotiators on team-Canada in the first FTA (Free Trade Agreement) and again on the team that negotiated the subsequent NAFTA,” he said. “His book Decision at Midnight: The Inside Story of the Canada-US Free Trade Agreement was popular with Canadians and critically acclaimed.”

A former Canadian diplomat, Colin Robertson is vice president and fellow at the Ottawa-based Canadian Global Affairs Institute and hosts its regular Global Exchange podcast. He is an Executive Fellow at the University of Calgary’s School of Public Policy and a Distinguished Senior Fellow at the Norman Paterson School of International Affairs at Carleton University.

Robertson sits on the advisory councils of the Johnson-Shoyama School of Public Policy; the North American Research Partnership, the Sir Winston Churchill Society of Ottawa and the Conference of Defence Associations Institute. He is an Honorary Captain in the Royal Canadian Navy, assigned to the Strategic Communications Directorate. He is a member of the Deputy Minister of International Trade’s NAFTA Advisory Council and the North American Forum. He writes on foreign affairs for the Globe & Mail and he is a frequent contributor to other media.

The CHFA Awards gala will be held on the evening of Thursday, May 24 – immediately prior to the opening of the Canadian Furniture Show, which will run from May 25 to 27 at the International Centre.

It will be held at the Universal Event Space at 6250 Highway 7 in Vaughan, Ontario. A reception will be held at 5:30pm followed by dinner at 7pm and the awards presentation at 8pm.

For tickets or more information about the event, contact CHFA president Murray Vaughan at [email protected] or by telephone at (905) 678-4678.