“Chris is a seasoned retail executive with more than 25 years global experience in a variety of retail sectors and formats,” Richard Wall, chairman of the group’s board of directors, said in a letter to both members and senior staff. “He has worked in grocery, hardlines, and apparel sectors and spent time in discount, hypermarket, home improvement, and dealer-based formats. Chris brings a comprehensive background in merchandising, supply chain, global sourcing, and private label development. He also brings innovation to all his roles which consistently has led to top performance. I am confident that he will fit into the Mega culture immediately.” 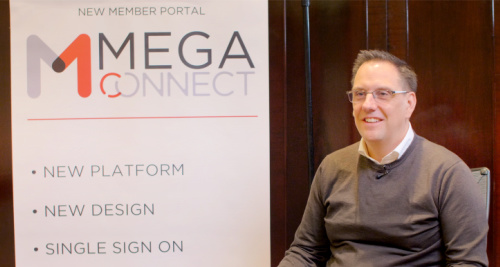 He succeeds Kim Yost, who left group this past January to become president and CEO of the Winnipeg-based Dufresne Furniture & Appliances as well as the Dufresne Retail Solutions Group, a fee-for-service buying group with some 100 or so members across the country.

“Chris has most recently held the position of senior vice president merchandising at Lowe’s Canada where he led the merchandising, marketing, and e-commerce functions, and replenished teams,” Wall told his fellow members. “A builder and transformer by reputation, Chris’s collaborative, and pragmatic ‘get it done’ leadership style allowed him to simplify, through a data driven mindset, the complexities faced by the organization, and to unlock a customer-first bias towards action.

“Chris’s retail career began at Canadian Tire and over his ten-year tenure there he took on roles in branding, merchandising, and innovation management,” he continued, adding, “At Canadian Tire Chris learned the value of collaborative relationships necessary to successfully navigate a dealer-based structure. He brings to Mega a vast and varied experience in working with retailers directly that will be invaluable to his role with our company.”

West resides in Montreal with his family and will divide his time between Mega’s headquarters here and its marketing and merchandising office in Boucherville, Quebec. He holds a business degree from the University of Guelph and an MBA from the University of Toronto. He is a native English speaker but is fluent in German and is now enjoying learning French.