SASKATOON, Saskatchewan – Mega Group, the co-operatively owned buying and marketing group for furniture, mattress and major appliance retailers, saluted a number of both members and vendor partners for excellent performance in 2020 during their recent virtual convention.

The group, which operates the BrandSource Canada banner, saw some 121 retail members and another 110 staff members and sponsoring vendors register for the AVB Summit, which was organized by the California-based AVB Marketing, formerly known as Associated Volume Buyers and the founders of the BrandSource brand in the United States.

Despite its virtual setting, the convention featured the group’s popular ‘buy fair’ where vendor partners offer a series of what would otherwise be referred to as ‘show specials’. The group reported some 28 vendors took part in the spring fair with a total of 35 brands in all three of the major merchandising categories. 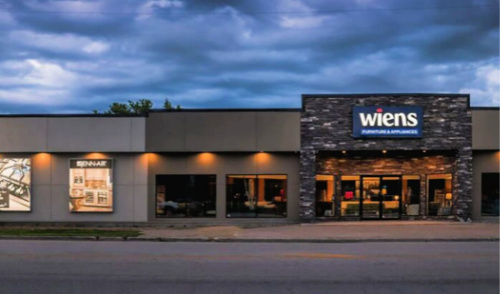 In all, some 115 members placed orders during the fair, which senior management said produced a “record breaking purchasing volume.” Mega has since announced a summer edition of the buy fair will be held from June 15 to 17.

The group also saluted a number of its members for excellence during 2020. The awards were given on the recipient’s excellence in customer service, in-store presentation, participate in Mega or BrandSouce Canada programs and services and overall improvement in sales.

In the BrandSouce authorized category the Best Overall Store award for 2021 was presented to Wiens Furniture & Appliances of Neverville, Manitoba.

Hailed for making the best Digital Transformation in 2020 was Gabriele’s BrandSource Home Furnishings of Leamington, Ontario.

Named the ‘Best Overall Affiliate Store’ – for the Mega member who is not a member of the BrandSource banner – is Bennett’s Furniture & Mattresses, a three-unit chain based in Peterborough, Ontario.

Konrad Kozan, who retired from Mega’s board of directors after some 30 years of service was given the group’s first ‘Hall of Fame’ award. His family’s store, Kozan’s BrandSource in Regina, Saskatchewan closed in December 2015 after 63 years.

Mega also singled out five vendors for applause in recognition of their services to the group. They included Danby in the appliance category; Serta Simmons in bedding; Elran in upholstery; Candel in case goods; and, Phoenix AMD International in the service category.

Related Story: Kozan retires as Mega elects Shelly Gale and others to board

Related Story: All roads lead to the internet: Yost tells members in address