2018 RSPA honouree for the Pacific Region

When Terry Harder talks his time in the business, he’s refreshingly honest about how a life in sales is fraught with both challenges and rewards. While he’s unflinchingly honest about the ups and downs, he’s also clearly dedicated to his craft.

For that alone, it’s easy to see why he was named the 2018 Retail Sales Professional (RSP) Award recipient for the Pacific Region.

Along with partner David Temlett, Harder is co-owner of Innovative Sleep Solutions, a single-unit mattress specialist in Surrey, British Columbia. 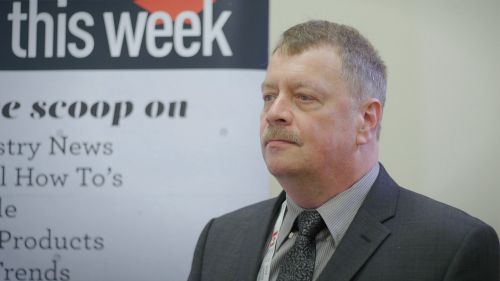 Harder had no idea the honour was coming. “I guess it was about two months prior to the awards ceremony, when I was told. I was very thankful, I was very surprised and honoured. I didn’t expect to win an award.”

Harder’s adventures in furniture retailing began at The Brick in 1992. Not long after that, he joined Sleep Country where he met Temlett.

“We’ve owned this store for five years, I worked for Sleep Country for 16½ years before that,” he says, adding sales works for him because he loves his customers. “I’m a big people person and I love the competition that’s part of retail. I enjoy meeting a new person every day of my life that I’ve never met before. It’s definitely challenging, but it’s a good challenge.”

Harder’s hardworking approach prompted Scott McEachern, a sales representative for Zucora Home, to nominate him. “Terry wants everyone to have a wonderful night’s sleep. He over qualifies everyone that shows interest in a new mattress. He helps out with deliveries, unloading of product and is always thinking of new ways to better himself and the business,” McEachern says.

Harder has been rewarded for his work more than once. “One of the huge highlights was being Salesperson of the Year for Sleep Country Canada in 2002 and from there, being promoted to a manager at Sleep Country was a highlight, as well as opening my own business five years ago.”

When asked why he started something new in a challenging retail landscape, Harder said it felt right. “I just felt that we had enough experience between me and my business partner, and I had a golden opportunity to do it with zero investment. When I left Sleep Country, I worked for another company for one year. I was tired of the corporate mantra, so it was an easy transition.”

He also had the good fortune to be given a wealth of merchandise to sell. “Two gentlemen owned the store [we ended up purchasing] for one year, and they’d purchased it from a husband and wife team who had the store for 25 years. Me and my partner helped them sell the merchandise off and we took over the lease that had just been signed. He owed us $4,000 and he said, ‘I’m not going to pay you, I’m going to leave you the merchandise.’ It was worth $28,000 and we sold it for $60,000. We’re very lucky that we didn’t need any money.”

Click here for the rest of Ashley’s profile of Terry Harder….