RED DEER, Alberta – Mattress Mattress, the regional bedding chain, has opened a second store here in this city halfway between Edmonton and Calgary, the opening move in an expansion plan that was interrupted as the country battled the COVID-19 pandemic. 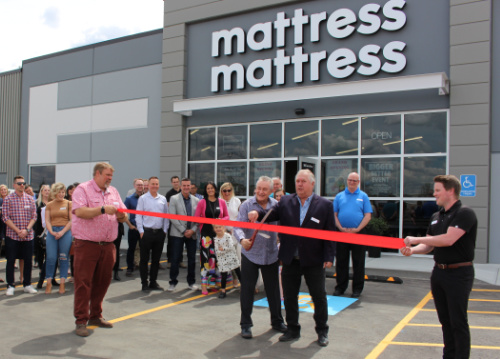 “Our first store was in North Red Deer across from the Brick,” he explained. “We then opened a second store in South Red Deer in 1996. It’s one of our best stores and is still in the original location. We closed the north store in 2015 because once the Brick moved it affected traffic big time.”

So, even though six years have gone by, the new unit is a replacement store but this one is located in the Red Deer neighbourhood called Gasoline Alley with the local Costco Canada warehouse and a Leon’s Furniture franchise store nearby to help generate traffic. “I’ve owned the land for years and finally developed it,” Buchfink said.

A member of the Saskatoon-based Mega Group, Mattress Mattress currently operates 17 stores – 15 are corporately owned and two are licensed – mainly in Alberta although there are single stores in both Kelowna, British Columbia and Regina, Saskatchewan.

The new Gasoline Alley store covers 6,000 square feet – a 2,400 square foot showroom with warehouse space – with some 30 mattresses on displays and a full-time staff of two, supported by a single part-timer. Buchfink notes from a selling space perspective, this store falls close to the MM average. 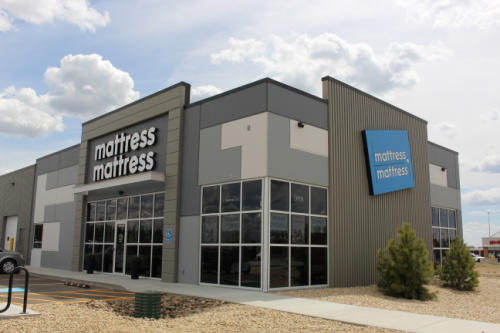 Buchfink is more than enthusiastic about the company’s immediate future. “The group just cam off its biggest two years ever,” he said. “COVID-19 drove in business and Mattress Mattress increases beat every industry number published and our profits literally exploded.”

He also pointed out homes and rental accommodations are more affordable in Alberta that in many other parts of the country. “This greatly increases disposable income,” he said, adding, “The same holds trust in Saskatchewan, where homes have dropped in value since 2017.”

The company plans to open its 18th store in early 2023 in the Calgary neighborhood called Buffalo Run – right next to Costco. Buchfink is also expanding his licensing division and wants to recruit potential partners in Alberta and British Columbia as well as Ontario and Quebec.

Editor’s Note: Mattress Mattress’s approach to retail with be the subject of an article in the upcoming Summer 2022 edition of the HGO Merchandiser. Eric Buchfink will also be a guest on an upcoming episode of One-on-One.