TORONTO – As part of a move to integrate its North American operations, the Flex Group has shifted the production of its Marshall Mattress line from its factory here to its facility in Hazleton, Pennsylvania. It also named Canadian bedding industry veteran Tony Lamantia to lead its sales team in this country and promoted Valerie Stranix from general manager of Marshall to product director for North America.

Based in Madrid, Spain, the Flex Group is the parent to E.S. Kluft & Company, the California-based producer of the Aireloom and Kluft luxury mattress brands. It also owns ViSpring, the high-end British mattress maker. Flex acquired the Marshall Mattress Company in January 2019.

“We are committed to providing best in class service and quality products to all our customers. Integrating these two luxury mattress powerhouses into one organization creates even more opportunities to develop the Aireloom, Kluft and Marshall brands throughout North America,” said Jon Stowe, managing director of E.S. Kluft & Company said in a statement. 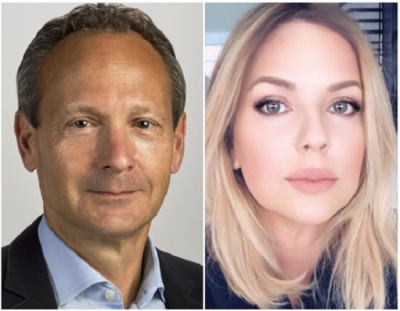 Stranix told Home Goods Online that under the new structure, Marshall will become much stronger.

“The entire operation is still very much intact,” she enthused, adding, “Marshall now becomes the Canadian legal entity representing all of Flex Group’s brands in Canada. The only part that was transferred to the U.S. is the production of the mattresses. We had the opportunity to consolidate operations coming out of COVID and the U.S. factory was able to absorb Marshall’s production volume much better. We shipped all the necessary machines, (pocket coiling, etc.) and all the Marshall-specific ingredients to our factory in Hazleton, which now has a Marshall factory set up within its walls.”

The Toronto facility – which is located on Bakersfield Street in the suburb of North York – will now be used as a warehouse and will ship product to Canadian retailers. The company operates a similar facility in British Columbia.

“Production of Marshall products has already begun at the Pennsylvania plant, with a smooth transition to ensure retail orders will be fulfilled in a swift and timely manner,” Stowe said, adding that in addition to Marshall branded mattresses, facility will also make Aireloom and Kluft mattresses for retailers in both Canada and the U.S.

He also noted Marshall and E.S. Kluft will share general services – including operations, administration, marketing and human resources – to provide additional efficiencies for both companies.

Lamantia joins, Stranix promoted
As part of the plan to grow the Marshall brand in Canada, Tony LaMantia has been appointed as the company’s new vice president of sales for Canada. He will report to Stowe.

“We are excited to have Tony on board as he brings 22 years of experience in the bedding manufacturing industry. His knowledge of high-end bedding and his track record in driving revenue growth makes him an ideal fit for this role and our company,” said Stowe.

Most recently, LaMantia held a senior sales role with the Toronto-based bedding producer Kingsdown. Before that, he held sales and management roles of increasing responsibility at what was then Simmons Canada, now Serta Simmons Bedding Canada.

After Flex acquired Marshall last year, Stranix was named general manager. Under the new structure, she has been promoted to product director of North America, reporting to E.S. Kluft vice president of marketing Magali Castillo. In her new role, she will be responsible for new product development for the Aireloom, Kluft and Marshall brands across North America.

Stranix, a 24-year bedding industry veteran, joined the Flex Group four years ago as sales director for the group’s luxury brands.  Previously, she worked in a number of executive roles with brands such as Spring Air Canada and Natura/Sommex. She has also served on the board of the International Sleep Products Association (ISPA).

“With the addition of Tony leading our sales team in Canada and Valerie in a new North American product development role, we have the strongest team in place to lead us into the next phase of growth and development as a leader of luxury mattress brands across North America,” said Stowe. “This new unified organization gives us the opportunity to expand the offering of all our most popular brands throughout the U.S. and Canada, including Marshall, Kluft and Aireloom.