Marshall Mattress to show at LVM

TORONTO – Marshall Mattress has announced it will return to the U.S. market after a absence of more than 20 years when it makes its debut at the summer edition of the Las Vegas Market (LVM) later this month.

Founded at the very beginning of the 20th century, the family owned-and-operated company is one of the oldest continuously operating mattress makers in North America and its founder is credited with the development of the pocket coil innerspring system.

It will be located is space 922 in building ‘B’ of the World Market Center. In a statement, the company said the time is right to re-enter the U.S. market. 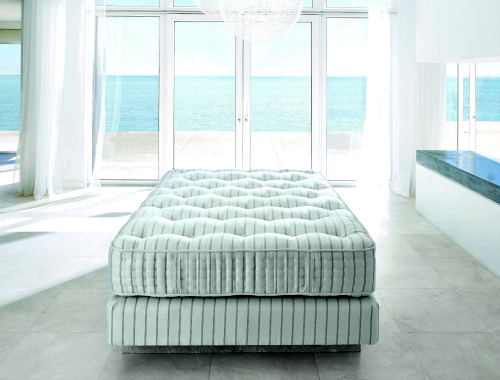 “There is a lot of interest in our line,” said Eric Warner, vice president of sales and business development. “We have a number of unique features that we think will be attractive to higher-end stores.”

Marshall’s 1,900 square foot showroom will feature three collections, all new to the U.S. market. They include: the five-model Portfolio collection; the three-model Luxury line; and, the five model Bespoke collection. The opening price points for each are about $3,500 in queen while some sets in the Bespoke line go as high as $15,000.

Warner said the company’s mattresses are hand-crafted and use a host of natural and sustainable materials. Most are two-sided, and all feature a pocketed coil innerspring unit which was patented by company founder James Marshall in Canada in 1900 and in both the U.S. and the U.K. the following year.

Unlike many of the pocketed coil innerspring units currently offered to U.S. retailers, Marshall Mattress doesn’t use foam encasing for its coil systems because it believes its design does a better job of keeping the sleeper cool.

“Consumers are willing to invest in quality,” he said. “Not everyone is interested in buying something they will have to replace in three or four years.”

The summer 2017 edition of the Las Vegas Market will open for its usual five-day run on July 30.