MOORESHEAD, South Carolina – Lowe’s Companies, one of the largest retailers in the United States, has entered into a definitive agreement to sell its Canadian retail business to Sycamore Partners, a private equity firm specializing in retail, consumer and distribution-related investments, for US$400 million in cash and performance-based deferred consideration.

Under the Lowe’s Canada umbrella, these banners are believed to be among the largest major appliance retailers in this country with an active e-commerce furniture business covering both inside and outdoor furnishings. They are also among the biggest players in this retail floor covering segment. 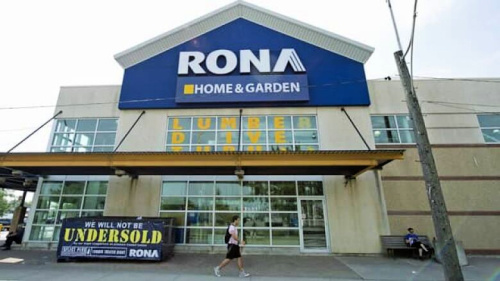 According to the Centre for the Study of Commercial Activity (CSCA) at what is now called Toronto Metropolitan University, Lowe’s Canada was this country’s 10th largest retailer in 2020, with annual sales of approximately C$9.95 billion.

Those sales are spread among some 70 Lowe’s big boxes in Canada; about 150-corporate owned RONA stores; the wholesale supply business of another 210 independent RONA stores; plus Reno-Depot’s 20 corporate stores, in addition to Dick’s Lumber.

Lowe’s Companies acquired the majority of these stores in May 2016, for US$2.4 billion (about C$3.2 billion at the time).

“The sale of our Canadian retail business is an important step toward simplifying the Lowe’s business model. While this business represents approximately 7% of our full year 2022 sales outlook, it also represents 60 basis points of dilution on our full year 2022 operating margin outlook,” Marvin R. Ellison, Lowe’s chairman, president and chief executive officer, said in a statement.

Based in New York City, Sycamore Partners specializes in retail and consumer businesses and is not a complete stranger to the Canadian market though its ownership of office supply specialist Staples and its Staples Canada/Bureau en Gros subsidiary.

In a note to Canadian vendors published by hardware industry watchdog Hardlines, Lowe’s Canada president Tony Cioffi expressed his support for the deal saying, “We look forward to teaming up with Sycamore, with its in-depth knowledge of, and appreciation for, the Canadian market through its ownership of Staples Canada/Bureau en gros.”

Sycamore Partners’ managing director Stefan Kaluzny, said: “We are honoured to partner with Lowe’s to establish Lowe’s Canada and RONA as a standalone company headquartered in Boucherville, Quebec.…We look forward to working with the company’s management team to build on its 83-year history as a leading Canadian home improvement business.”