Lisa Raitt named to LFL board

TORONTO – Former cabinet minister and deputy leader of the Conservative Party of Canada Lisa Raitt has been elected to the board of directors of Leon’s Furniture Limited (LFL), the parent company to this country’s largest full-line furniture retail network.

She was named to the position at the publicly held retailer’s recent annual general meeting here. She will also sit on the board’s audit committee.

From 2008 until 2019, Raitt served in the House of Commons representing the Ontario riding of Milton. As a rookie Member of Parliament, she was named Minister of Natural Resources in the government formed by former Prime Minister Stephen Harper. She also served as Minister of Labour and Minister of Transport before her party lost government in the federal election of 2015. 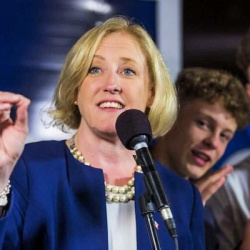 She went on to serve as finance critic before being named deputy leader of the opposition in 2017. She was defeated in the 2019 general election.

Prior to being elected to Parliament, Raitt was the president and chief executive officer of the Toronto Port Authority (TPA). She had previously served as the TPA's general counsel and Harbourmaster. In January 2020, Raitt was named vice-chairman of Global Investment Banking for CIBC.

Raitt is a graduate of St. Francis Xavier University and holds a Master of Science degree from the University of Guelph. She earned her law degree from Osgoode Hall at York University and was a Harold G. Fox Scholar furthering her advocacy training in the U.K.

The company also announced the retirement of long-time director Peter Eby, who also served as chairman of the board’s audit committee. He will be succeeded in that role by Mary Ann Leon, who has been on LFL’s board since 2004.

“I would also like to welcome Ms. Mary Ann Leon as chair of the audit committee and The Honourable Lisa Raitt as a member of the board and the audit committee,” LFL chairman Mark J. Leon said in a statement. “LFL has a history of making decisions that produce solid long-term financial performance and generate shareholder value. I am confident that the experience that Ms. Leon and Ms. Raitt bring to their respective roles, will further reinforce this discipline, and ensure that the company’s management team has access to the right advice as it positions LFL for future growth.”