TORONTO – Leon’s Furniture Limited (LFL), parent of high-impact promoter The Brick and its one-time rival Leon’s, continued to cement its position as this country’s largest full-line furniture merchant reporting upticks in both sales and earnings for both the third quarter and the opening nine months of 2017. 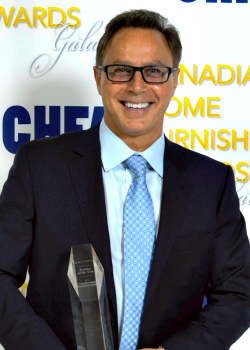 “We are very proud of our management team and associates for generating outstanding operating performance,” Edward Leon, president and chief operating officer of the publicly-held and family-managed retailer said in a statement. “Our proven strategy drove record sales in Q3, while a focus on cost control once again produced strong bottom-line growth over a solid 2016 comparison quarter.

“Leon's has a track record of generating results for shareholders. In over 100 years of operation, through various economic conditions, Leon's has consistently produced profits,” he continued. “We are even more pleased that our profits in Q3, as well as in the first nine months of 2017, are at record levels for the company. We are well-positioned for the future with a dominant, national brick and mortar presence, an industry-leading distribution network and rapidly growing e-commerce business.”

Although not mentioned by name, Edward Leon noted the retailer’s service network is ready and willing to pick up the slack left with the eminent department of Sears Canada. “Our home service subsidiary, Trans Global Service (TGS), with technicians from coast to coast is well positioned to serve the current and future in-home service needs of all Canadian consumers,” he said.”

He also noted that last month’s opening of a new, 432,000 square foot state-of-the-art distribution centre in Delta, British Columbia will drive cost savings throughout its network while supporting future growth.

In a related announcement, the Company said Dominic Scarangella, its long-serving chief financial officer and executive vice president will retire effective December 31, 2017. “We wish to sincerely thank Dominic for 30 years of service and friendship,” Leon said.

He will be succeeded by Constantine (Costa) Pefanis, who has worked under Scarangella for the past 13 years. His appointment is effective January 1, 2018.