TORONTO – The leaders of eight leading furniture, mattress and major appliances retailers have joined some 50 or so of their colleagues in the penning and signing of an open letter to the Ontario government that calls for the lifting of COVID-19 restrictions imposed on ‘non-essential stores’, saying they are not working and are making matters worse.

The open letter to Premier Doug Ford and Health Minister Christine Elliot argues shutting down these businesses in Toronto and Peel Region to restrict the spread of the virus hasn’t reduced the number of shoppers, merely forced them into travelling into adjacent communities whose number of stores are fewer and thereby becoming more crowded, creating a greater health risk.

‘We respect the extraordinary efforts you and your administration are making to safeguard the public interest during this extremely challenging time. We share your commitment to the principle that unless we address the public health crisis there can be no sustainable economic recovery,” the letter reads. “The problem is that Ontario’s policy of segregating ‘non-essential’ retailers from those deemed essential might actually be making things worse.” 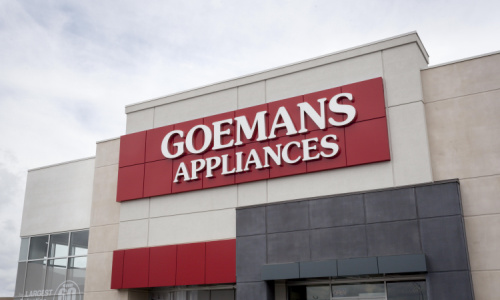 The group notes the current policy pushes more Canadian consumers into a handful of big box retailers and discount stores while thousands of small, independent and local stores sit shuttered, with their hands tied, even though many sell the very same goods.

“In the process, Canadian retail businesses are being destroyed and tens of thousands of jobs are being lost,” the letter says. “This, despite the fact that only 0.2% to 0.9% of recent weekly cases related to outbreaks have been associated with retail environments, according to the Government of Ontario’s own statistics.

“Retailers of all sizes are being forced to lay off good people in hundreds of stores closed by an ineffective policy. Rather than hire thousands of temporary workers to handle the holiday rush, so-called non-essential retailers will hire zero. Once lost, many of these jobs won’t return,” the signatories continue.

There is a better way, the letter’s authors maintain. “We ask that you move immediately to open all retail in Ontario and impose a 25% capacity limit on ‘non-essential’ retail in lockdown regions, just as several other provinces have done, all with guidance and support from public health officials. This will put fewer people in more stores, increasing safety for all. The current policy does the opposite.

“Together with mandatory mask policies, social distancing, hand sanitization and the numerous other safety measures already in place, capacity limits can further reduce the potential for community spread while enabling more businesses to stay open across all regions during a make-or-break season for retail businesses,” they believe, adding, “Large and small retailers need each other to create a vibrant retail ecosystem. Collectively, we are asking that you join with us in common cause and a shared commitment to keeping Ontario families safe and secure through this extraordinarily challenging period.

“Capacity restrictions backed by strong social distancing and other safety measures already in place will deliver better health outcomes in a way that is effective, fair, saves jobs and supports local businesses and families.”

Among the executives leading furniture, mattress, major appliance and electronics retailers signing the letter were:

Also signing the letter was Iain Nairn, president and CEO of Hudson’s Bay, which is still a big player on the furniture and mattress scene as well as Gillian Stein, CEO of electronics specialist Henry’s.

The remaining signatories came from across the spectrum of retail in this country and including the CEOs of companies such as Indigo, Canadian Tire, Birks and Harry Rosen, among others.