LAS VEGAS – The organisers of the Las Vegas Market have delayed the opening of the twice-yearly furniture and giftware trade event, which will now begin its five-day run on 30 August 2020.  The event’s summer edition was originally scheduled to open o n 26 July.

International Market Centers (IMC), the owners and operators of the event, also said the summer edition of the gift market held at America’s Mart in Atlanta will also be delayed and will now run from 13 to 18 August 2020.

In a statement, IMC said the decision to delay was made after surveying its entire buyer and supplier universe – which includes approximately 180,000 retailers and designers as well as nearly 6,000 manufacturers and sales agencies across the gift, home furnishings and apparel industries. 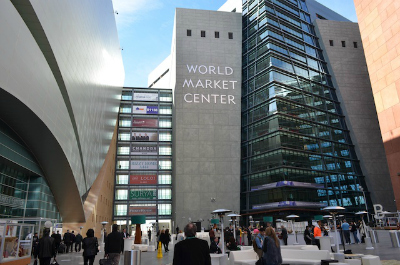 It said retailers expressed an immediate need for inventory with a preference for buying new product from existing vendors as well as an intent to source both at physical markets and on digital platforms. Survey results also indicated that COVID 19-related concerns about travel sentiment and market attendance will decrease over time and with key health and safety mitigants. Additionally, the utility of digital tools for sourcing and preparing for in-person markets was cited by many.

“We believe that with modifications to Atlanta Market and Las Vegas Market’s timing and format and implementation of rigorous health and safety protocols, IMC can deliver the markets our buyers need and are willing to attend,” IMC chief executive officer Bob Maricich said. “While we cannot currently gather in person, we look to meeting again at our markets this August.”

IMC noted the summer Las Vegas Market will run concurrently with the National Hardware Show, scheduled for 01 to 03 September at the Las Vegas Convention Center. Both markets will feature new tradeshow layouts designed to enable social distancing and traffic control. This will also be the first time that temporary exhibits participating in LVM will be housed in the new Expo at World Market Center. They will be open from 30 August to 02 September.

In line with buyer sentiment, neither the Las Vegas nor the Atlanta market will host at-market social gatherings for the summer editions. All programming and trend features will be presented through digital market channels before and after market.

IMC also noted it is planning to introduce a variety of health and safety measures during the market, including social distancing, occupancy control, hand sanitizing and cleaning stations as well as enhancing housekeeping protocols for disinfecting the World Market Center.