TORONTO – Leon’s Furniture Limited (LFL), parent to this country’s largest full-line furniture retailers, reported revenue for the first quarter of 2020 was essentially flat, thanks to solid growth in January and February and before the impact of the COVID-19 pandemic began to be felt in early March.

In its report to shareholders, LFL noted the financial impact of COVID-19 began impacting store traffic and sales in the early part of March 2020. Later that month, it laid-off about 50% of its workforce – some 3,900 employees – and began closing many of its stores across the Canada (some of which were beginning to re-open as this story went to press, depending on where in the country they are located). 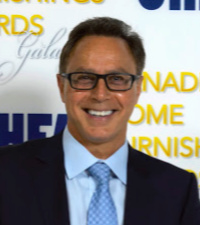 LFL president and chief executive officer Edward Leon pointed out same store sales for January and February climbed 5.4%, which partially offset the downturn that began in March with the advent of the crisis.

“However, Q1 is now behind us,” he said in a statement. “Turning to the present, we expect Q2 financial results to be more impacted by COVID-19 and the measures taken by both federal and provincial governments to reduce the spread of the virus.

“This is not an easy environment for any retail operator,” he added, noting LFL’s financial position should enable the retailer to weather this particular storm. In addition to owning 4.2 million of the 13.4 million square feet of space it occupies and a strong balance sheet, it has approximately $300 million of unrestricted liquidity at its disposal.

Leon also told shareholders the company’s e-commerce business has grown rapidly since the onset of the pandemic – “expanding over five-fold subsequent to the quarter end of March 2020 – although no dollar figures were provided. To facilitate the expansion of its e-commerce efforts, LFL redeployed a number of its in-store sales personnel to live chat teams to serve customers virtually while they visited one of its three web sites – leons.ca, thebrick.com and furniture.ca.

Looking ahead, Leon acknowledged that “in the short-term, the duration and full financial effect of COVID-19 is unknown, as is the efficacy of government and central bank interventions to curb the spread of COVID-19 and stimulate the economy.”

While federal and provincial government shelter-in-place guidelines, social distancing requirements, bans on non-essential travel and other measures have directly led to reductions in store traffic and sales, he firmly believes LFL is well-positioned to compete in the new normal.

“On a longer-term basis, we still believe that the underlying Canadian economy remains relatively strong,” Leon said. “Although it is difficult to gauge future consumer confidence and what impact it may have on retail, we remain confident that our sales and profitability will increase. Given the company’s strong and continuously improving financial position, our principal objective is to increase our market share and profitability.”

At the end of the first quarter, Leon’s Furniture Limited operated some 304 stores across the country – including 99 franchise locations – under five banners, including: Leon’s, Appliance Canada, The Brick, The Brick Mattress Store and Brick Outlet.